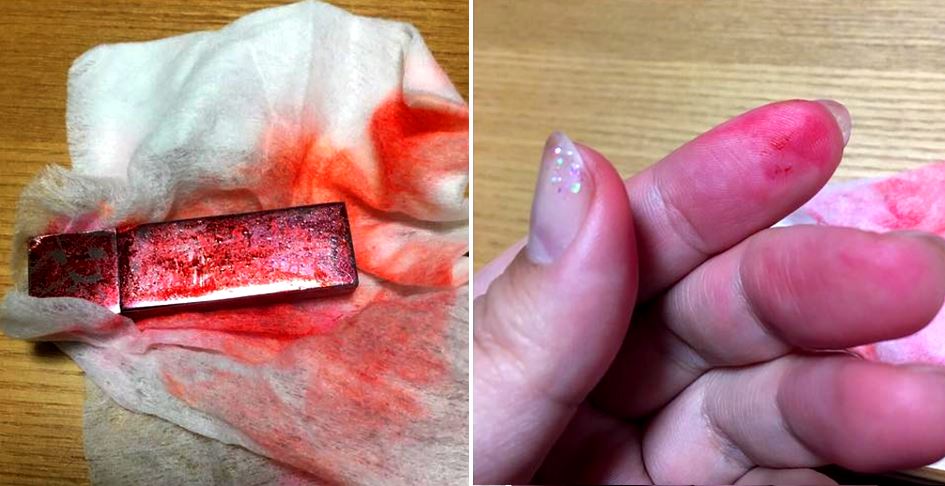 The representative made the following statement to address complaints regarding the fading red color from the USB stick.

“The fading red on the USB album is not a defect. It was purposely done to represent G-Dragon’s DNA and the womb as his album’s concept revolves around MOTTE. There are many people complaining that this is a defect on online platforms but that is a mistake. If you look at the images in the album download link there are concept images that go with the theme and the color fading.

We also mentioned many times prior to the album release that there will be some vintage looking appearances to the album and that it was purely natural and not a defect. This album was not done in a mass printing factory setting but rather it was done manually.

The red paint that is colored on the USB was painted manually to further address G-Dragon’s desired message and theme to the public.  Even the writing of G-Dragon’s name on the album is actually the handwriting of his own mother from the day he was born.” — YG Entertainment

The red ink painted on G-Dragon’s album came off easily so many people complained that this was a defective product. 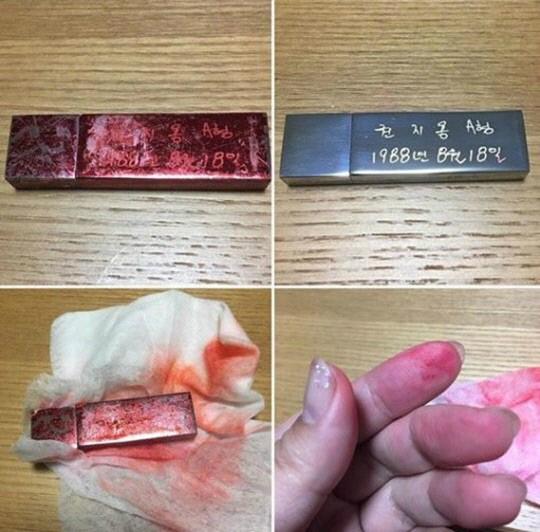 The official statement addressed the complaints by saying it was intentionally done as it wanted to follow the overall theme and artistic direction of G-Dragon’s new album.

The rugged, vintage look to the USB album was done manually as shown in the photos provided by YG Entertainment. 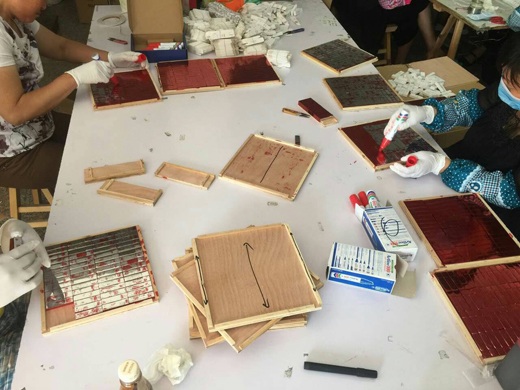 In accordance with the statement, the photos showed that the album was indeed produced manually instead of a mass printing factory. 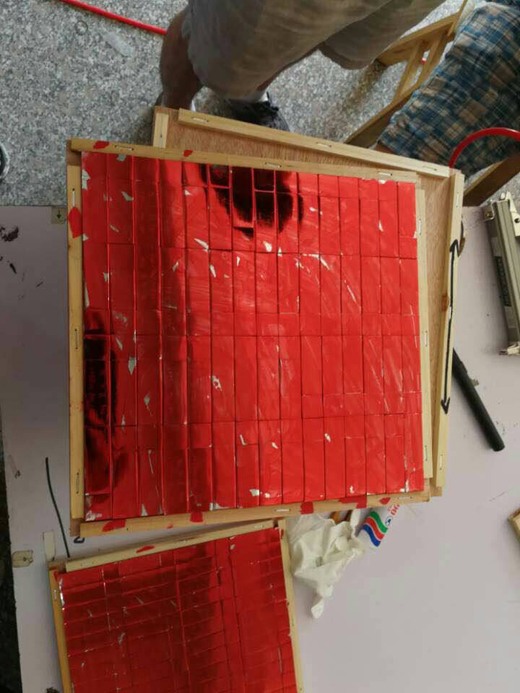 After addressing G-Dragon’s quality complaints, YG Entertainment announced what will come next for G-Dragon.

“We will continue to provide various contents for the fans such as the making of “Untitled” and also release a different version of “Untitled” where G-Dragon wears different stage clothing. — YG Entertainment