While the idea of idols with supernatural abilities has been done by multiple groups in the past, TWICE’s new concept teasers have inspired new works of art by some very creative fans. Combining TWICE’s new exciting teaser images with popular Japanese manga and anime Yu-Gi-Oh!, fans have created their very own archetype that Yu-Gi-Oh! card players everywhere wish were real.

Combining TWICE’s newfound superpowers with existing card game mechanics, Korean ONCEs have created some very functional albeit overpowered Yu-Gi-Oh! cards, including Synchro, Fushion, Xyz, and even Pendulum cards. With one card for each member, the fans who created these cards definitely put a lot of work into making the cards as accurate as possible.

For example, fans even created their own type of card for member Nayeon, combining Effect, Fusion, Synchro, Xyz, and Pendulum cards.

With Yu-Gi-Oh! being quite a popular card game in Korea and Japan, as well as other countries around the world, there have no doubt been other parodies of K-Pop idols in the past. However, TWICE’s new Yu-Gi-Oh! archetype has received special attention for how detailed fans were in creating the cards, taking into account card chemistry and mechanics, and applying careful wording to mimic a real card.

However, because ONCEs have only created high rank and level monster cards, a full 40-card deck of TWICE cards is not viable yet.

Check out Nayeon’s super-detailed card below: 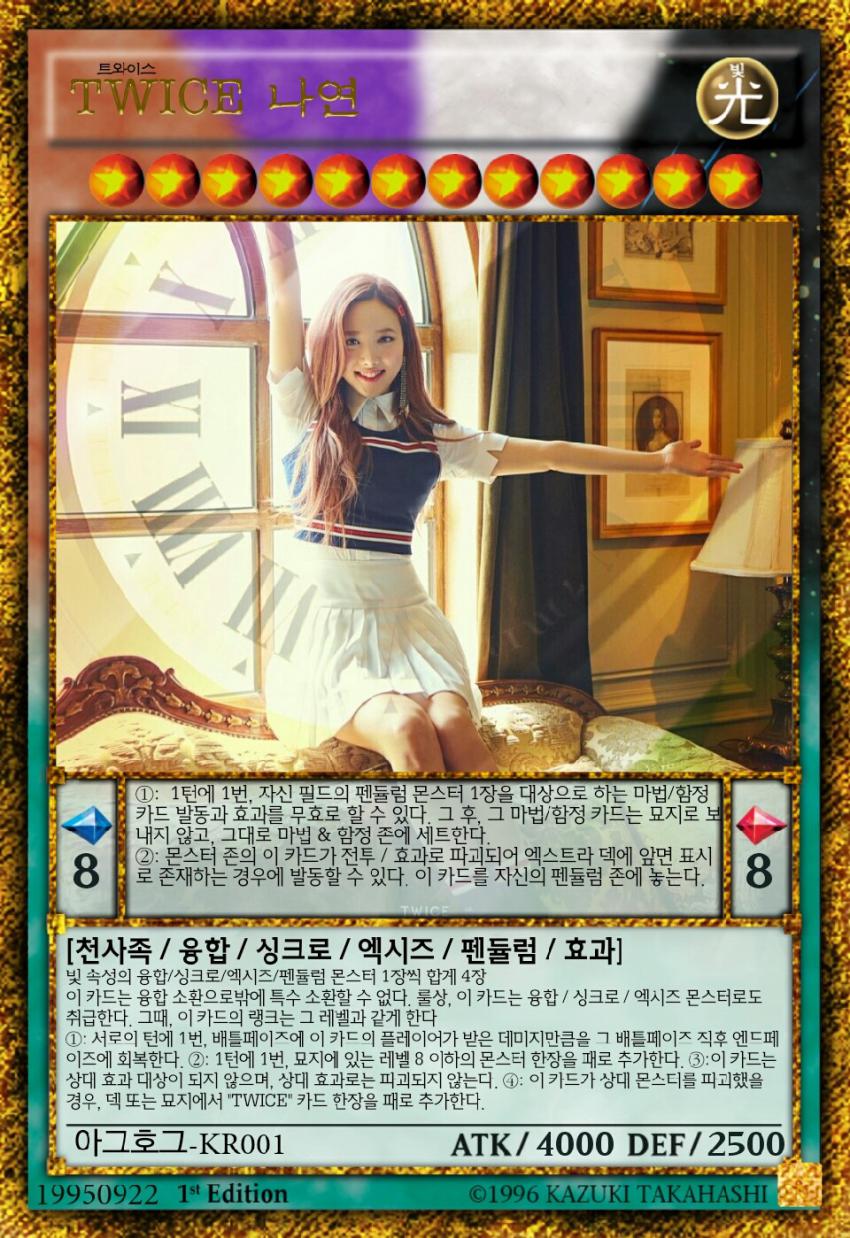 Monster
LIGHT
[Fairy/Fusion/Synchro/XYZ/Pendulum/Effect]
Level 12
ATK 4000 / DEF 2500
1 Light Effect Monster + 1 Synchro + 1 XYZ Monster + 1 Pendulum Monster
Must be Fusion Summoned, and cannot be Special Summoned by other ways. This card is also treated as a Fusion/Synchro/XYZ monster. This card’s rank is equal to the combined original levels of the Fusion Material Monsters used to Fusion Summon it.
1: During the end phase of each turn, gain Life Points equal to the battle damage taken this turn. 2: Once per turn, you can target 1 Level 8 or lower monster in your Graveyard; add that target to your hand. 3: This card cannot be targeted or destroyed by your opponent’s card effects. 4: Each time this card destroys an opponent’s monster by battle: You can add 1 “TWICE” monster from your Deck to your hand.

Pendulum Effect:
1: Once per turn, during either player’s turn, when your opponent activates a Spell/Trap Card that targets a monster you control: You can negate the activation, and if you do, set it.
2: When this card you control is destroyed by battle or card effect, you may place it face up in your extra deck zone and use its effect. 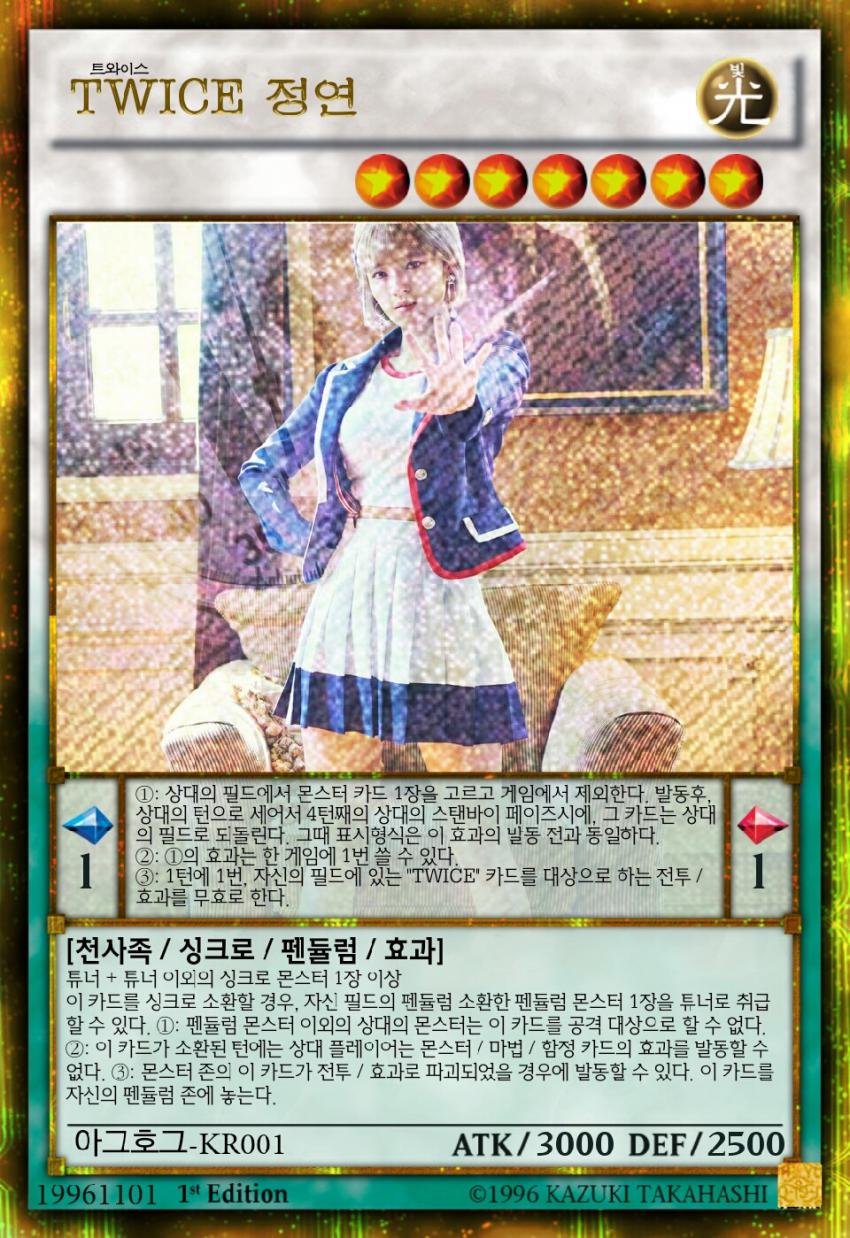 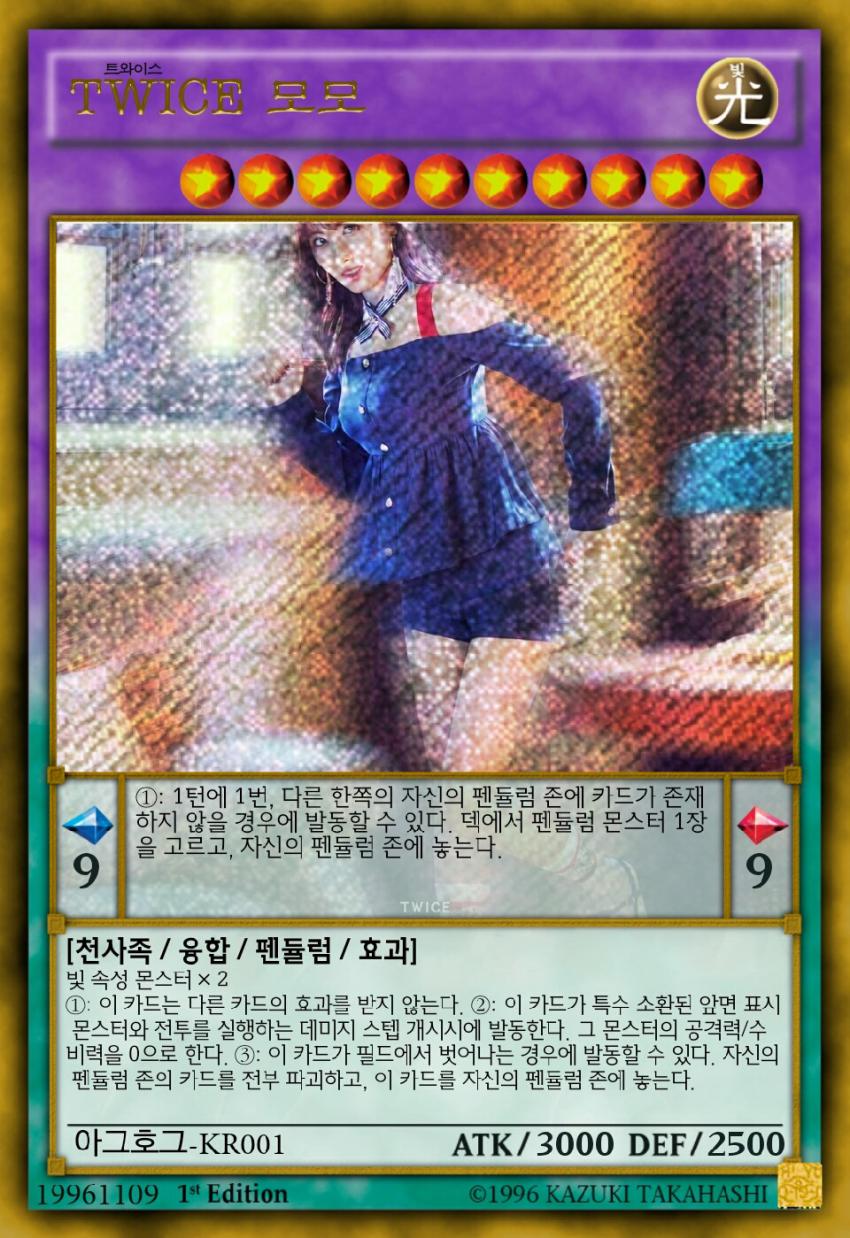 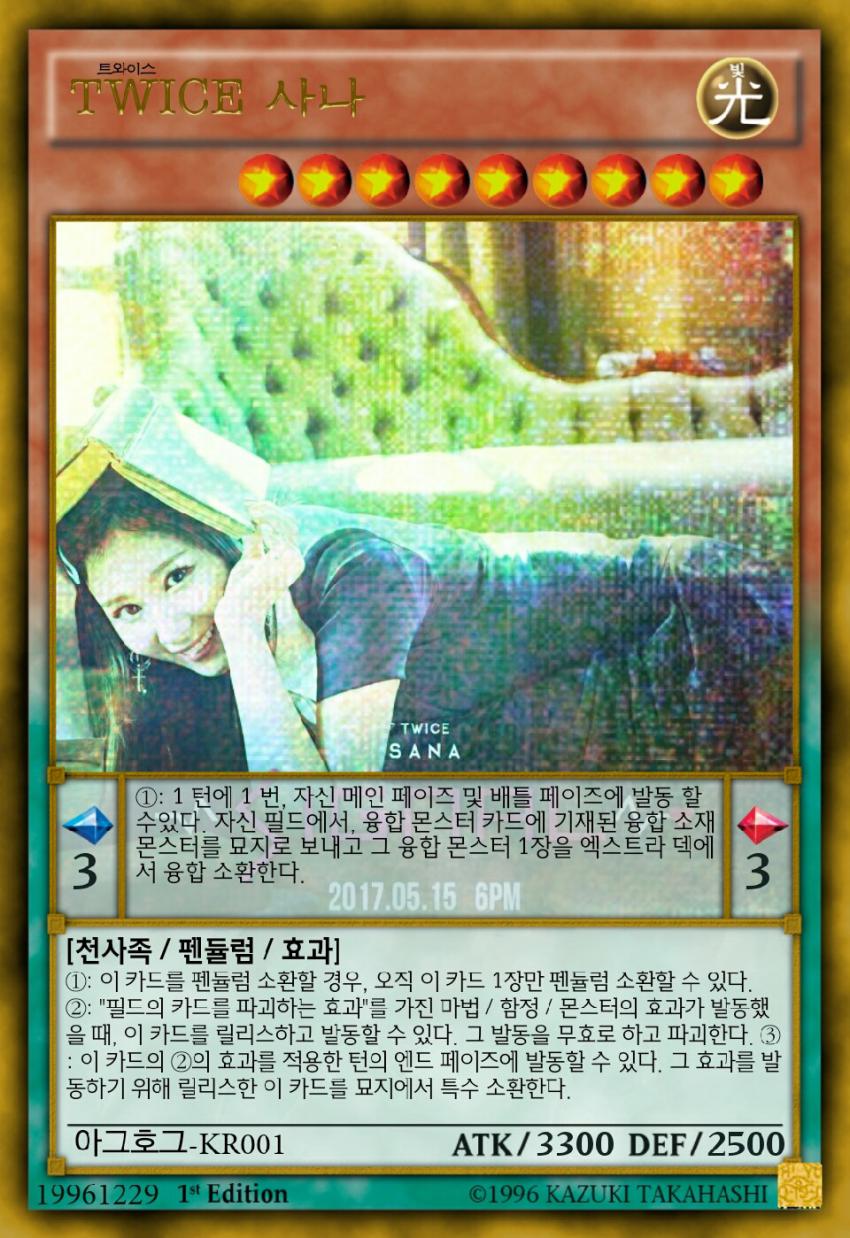 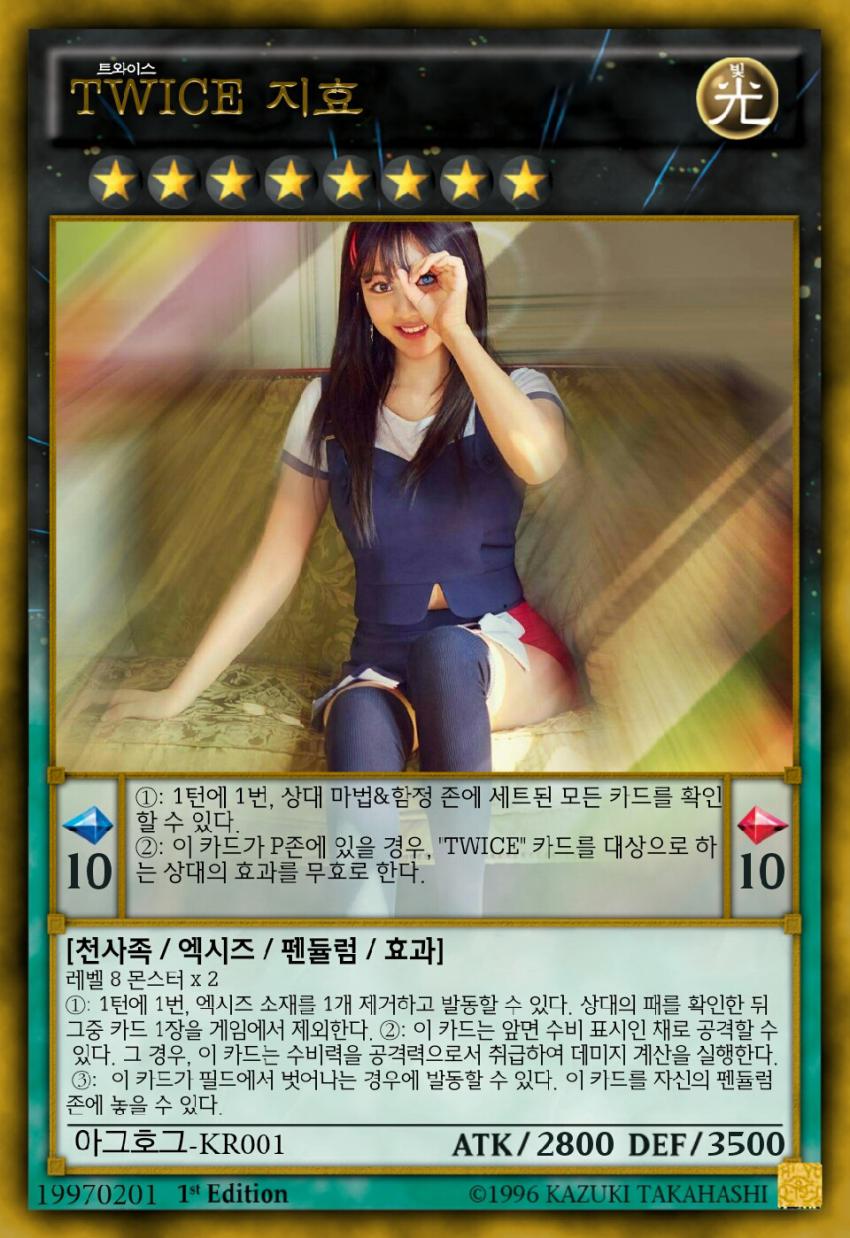 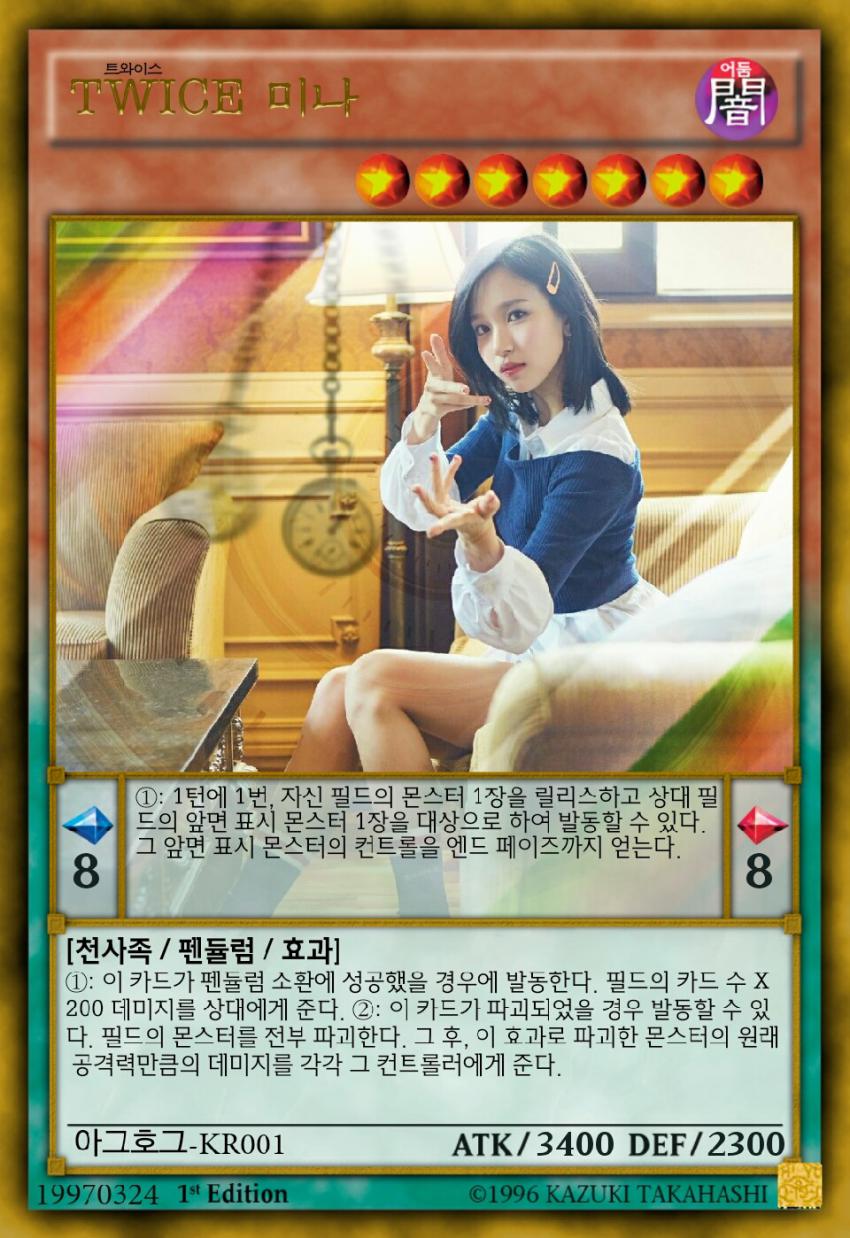 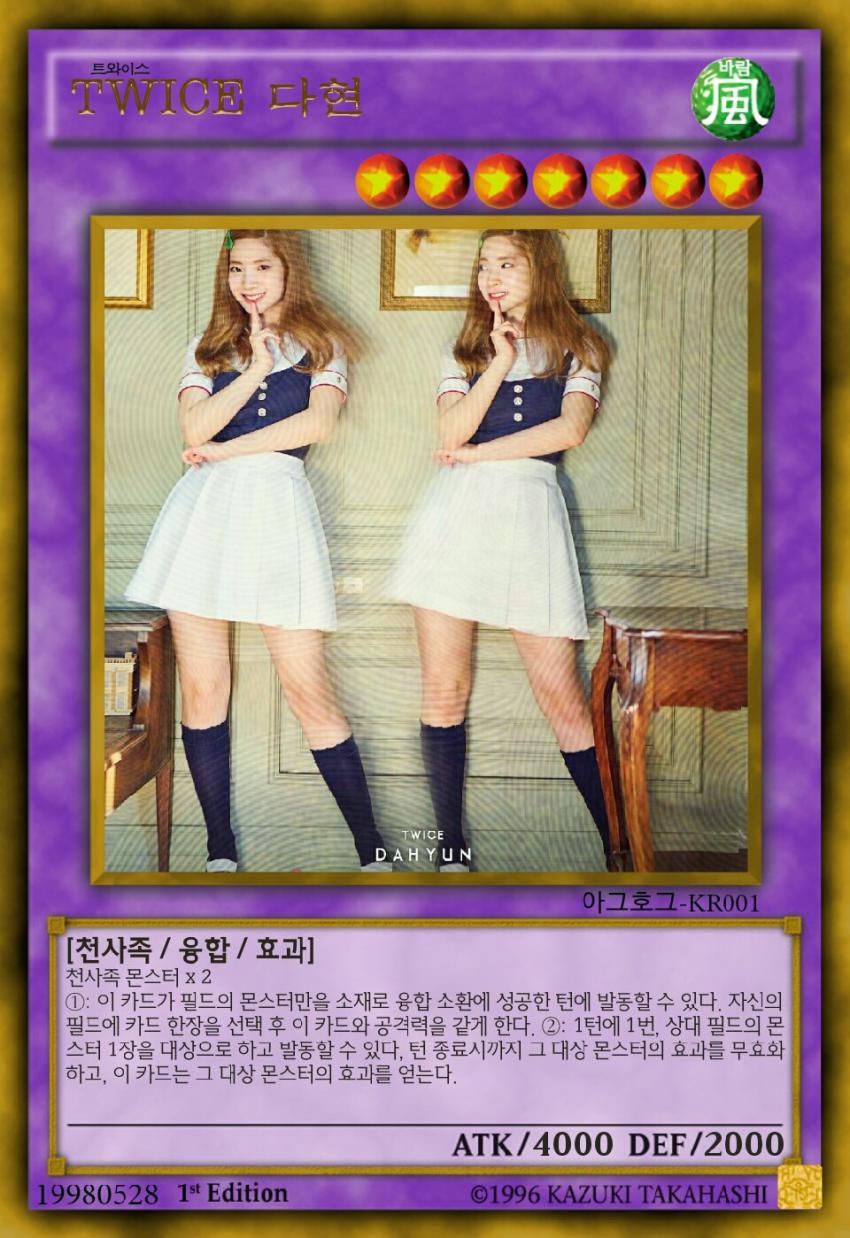 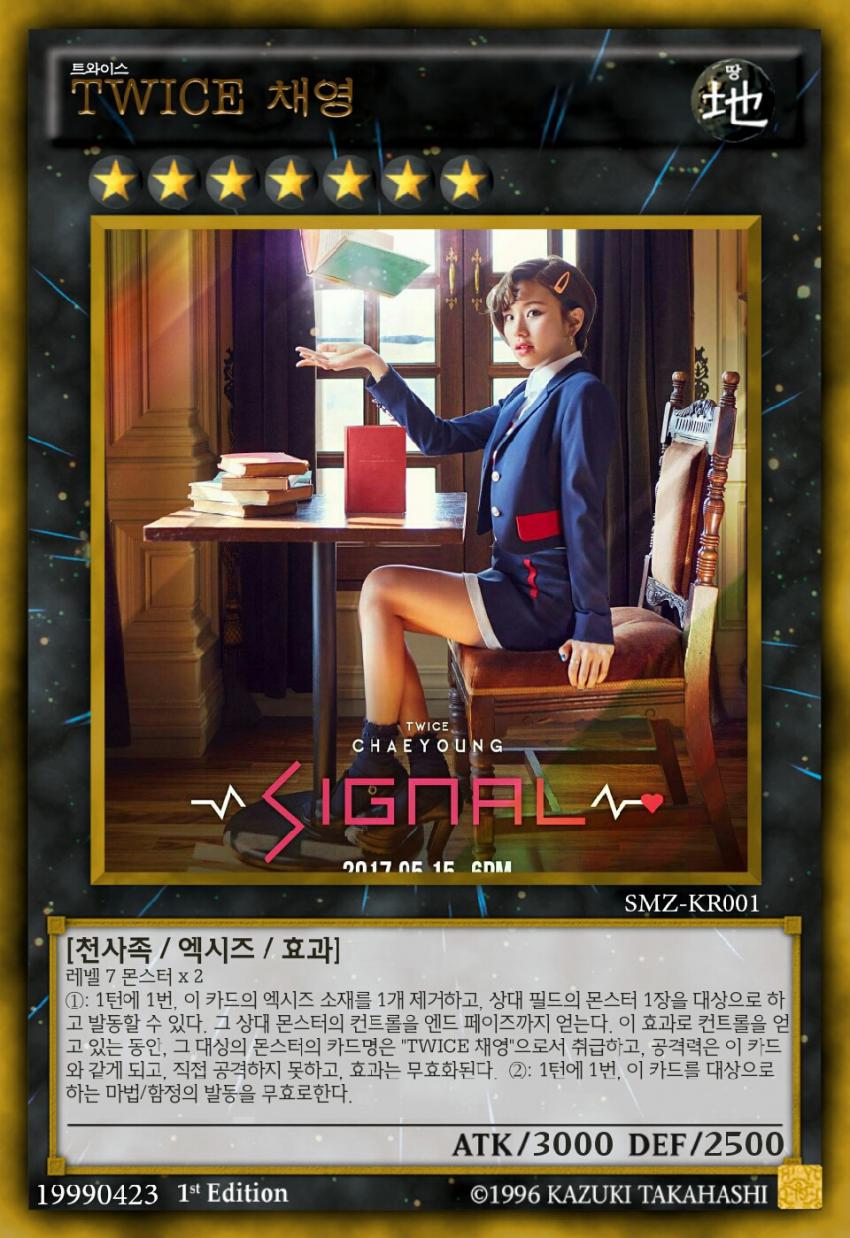 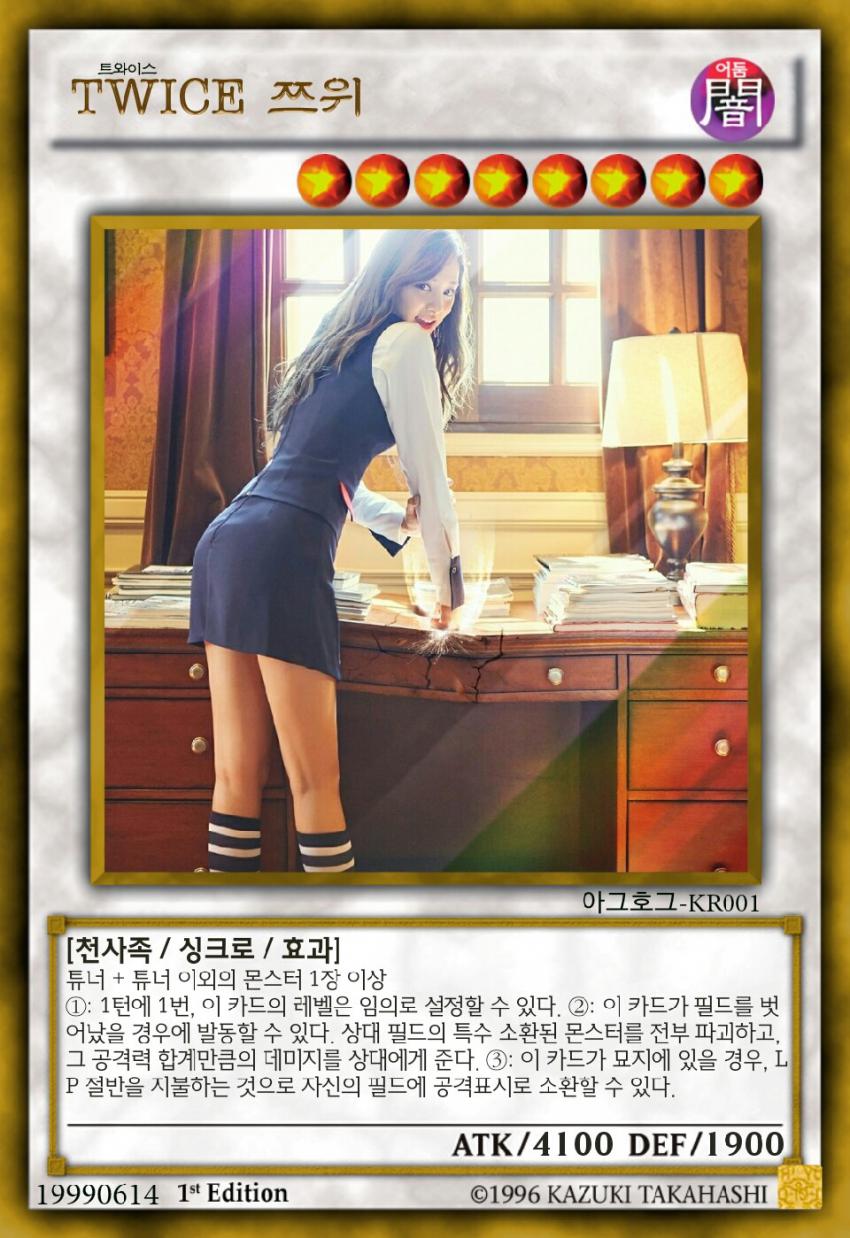