During a fan signing event, Taeyeon went to shake a fan’s hand after giving an autograph, but the fan faked it!

He ended up giving her a handshake in the end, and they laughed.

But that fake out is priceless.

To make everything even crazier, another fan didn’t shake Taeyeon’s hand at a second fan sign that same day!

She went for the gift and totally forgot, but went back to shake her hand.

Poor Taeyeon! Why does this keep happening to her?! 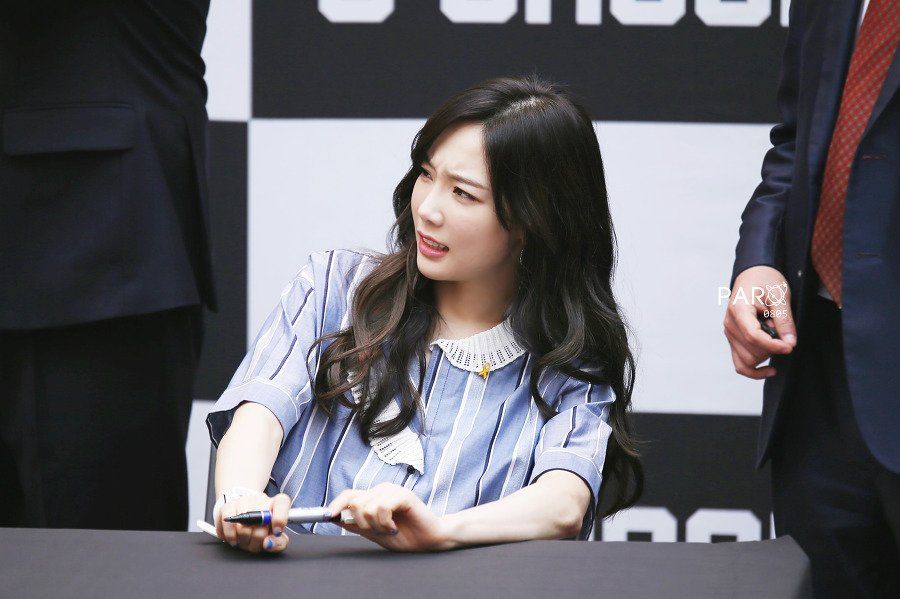 Jay Park Also Got A Surprise Handshake From A Fan

Jay Park went for a handshake, but never expected THIS to happen