Red Velvet‘s Wendy has been praised for her excellent English, but her recent appearance on a variety show proves that her English might just be a little too good.

SM Entertainment‘s new variety show, my SM Television, stepped into the scene with its first episode in September of 2016. The broadcast featured special guests Wendy and Irene of Red Velvet.

On a segment of the show, the group decided to play a guessing game involving English words. A card with an English word (with a slight twist) written on it would be quickly thrown across the screen.

It was Wendy and Irene’s job to guess the word written on the card.

After a brief moment of deep thought, Wendy raised her hand in excitement to answer.

She first thought the word “Russian” was written on the card. 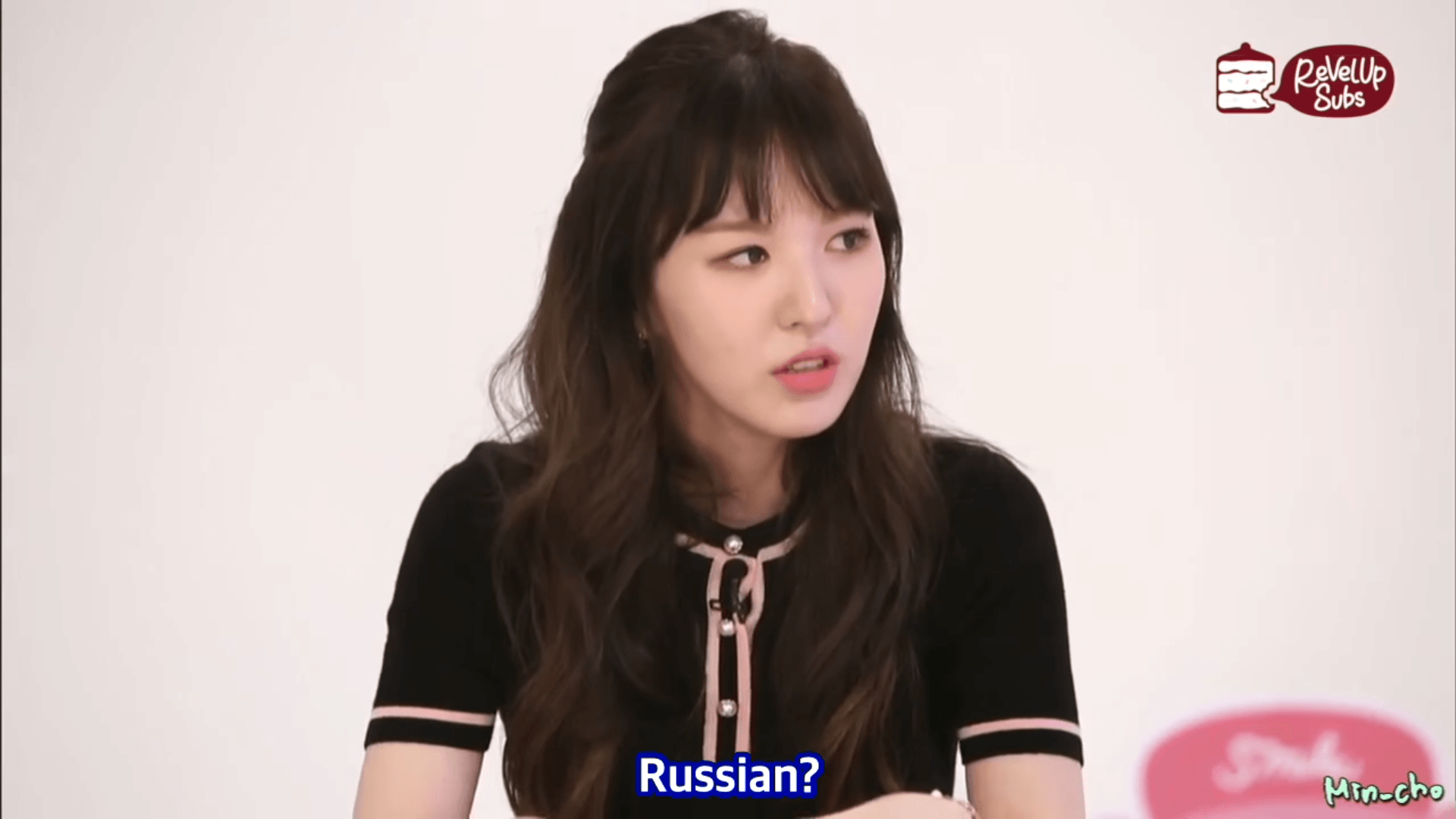 Unfortunately, the MC’s did not understand Wendy’s answer.

Still unsure about her answer, Wendy immediately changed her mind and answered “roulette.” 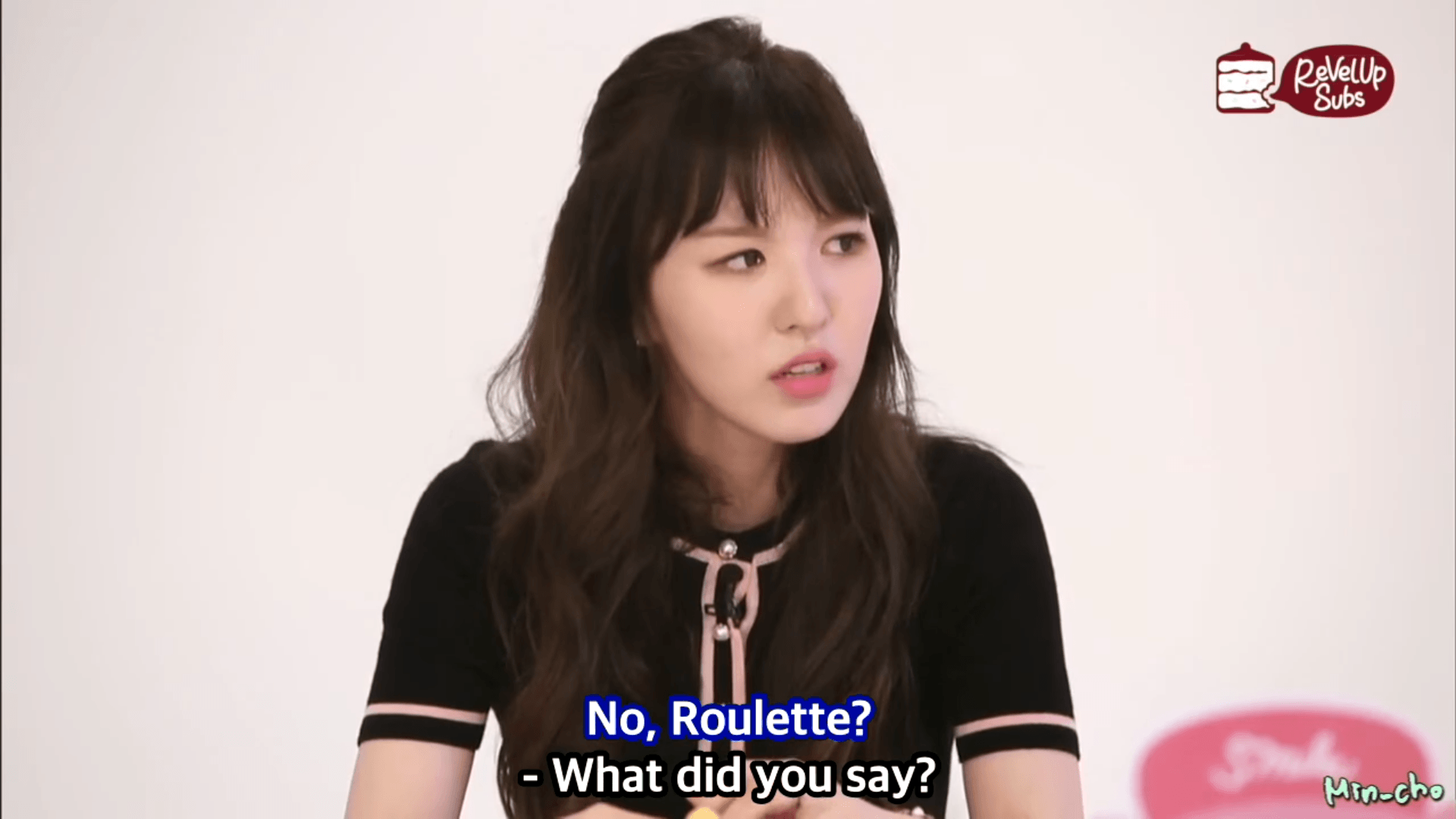 Still, the MC’s had a difficult time understanding Wendy’s English.

Once again, Wendy changed her mind for the last time and gave her final answer: “Russian”. 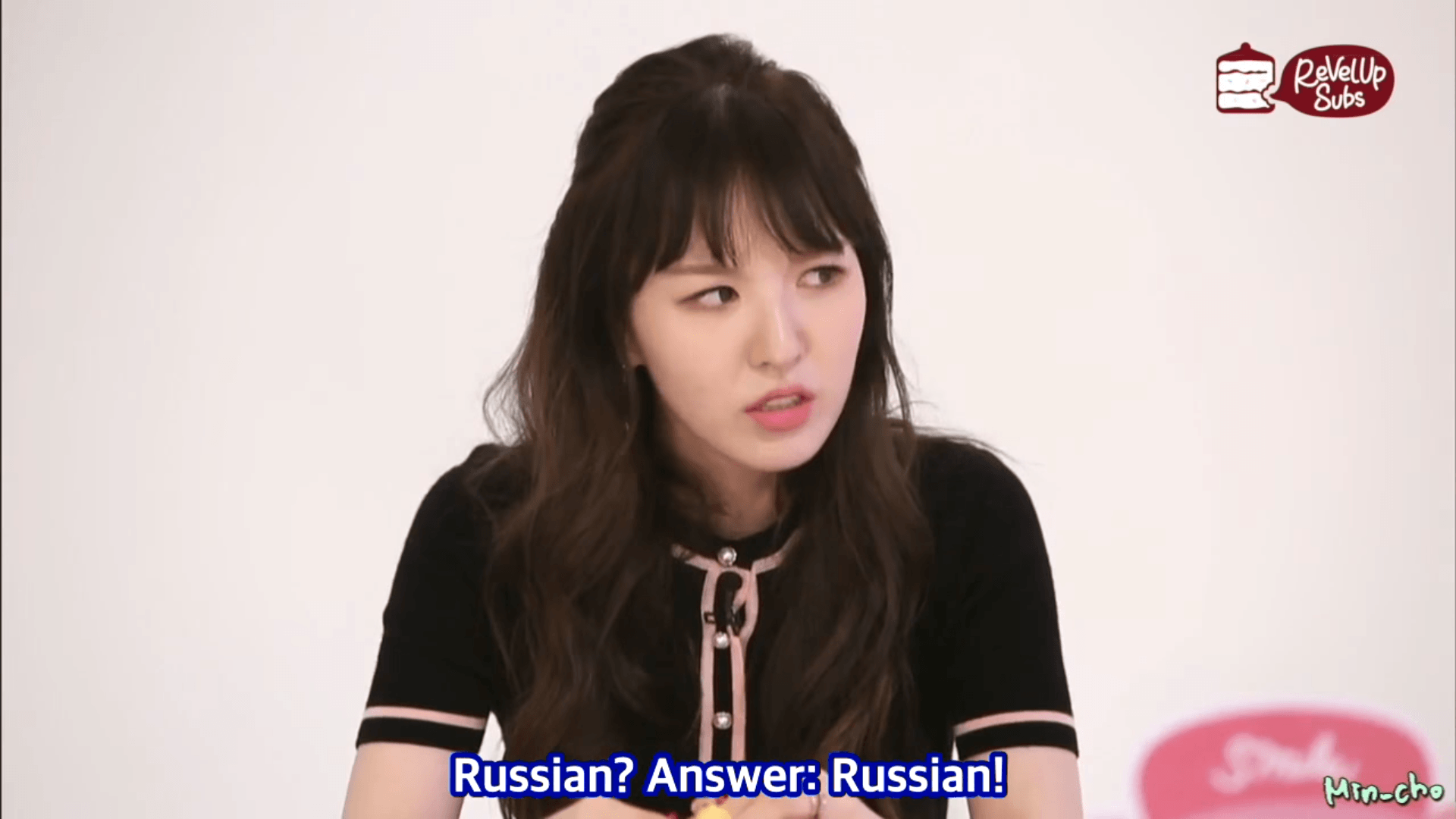 To make matters easier for the MC’s, Wendy gave her answer in Korean.

In addition to the correct word, the correct spelling had to be given as well. Unfortunately, “Russian” was not the correct answer.

However, Wendy’s answer was just the hint the two girls needed! Immediately, Irene and Wendy both excitedly shouted “Roulette!” Wendy also gave the correct spelling for a full and complete answer.

Hilariously, the group found themselves in the same situation they were in before, with Wendy’s pronunciation and spelling of “roulette” a little too quick for the MC’s to comprehend. 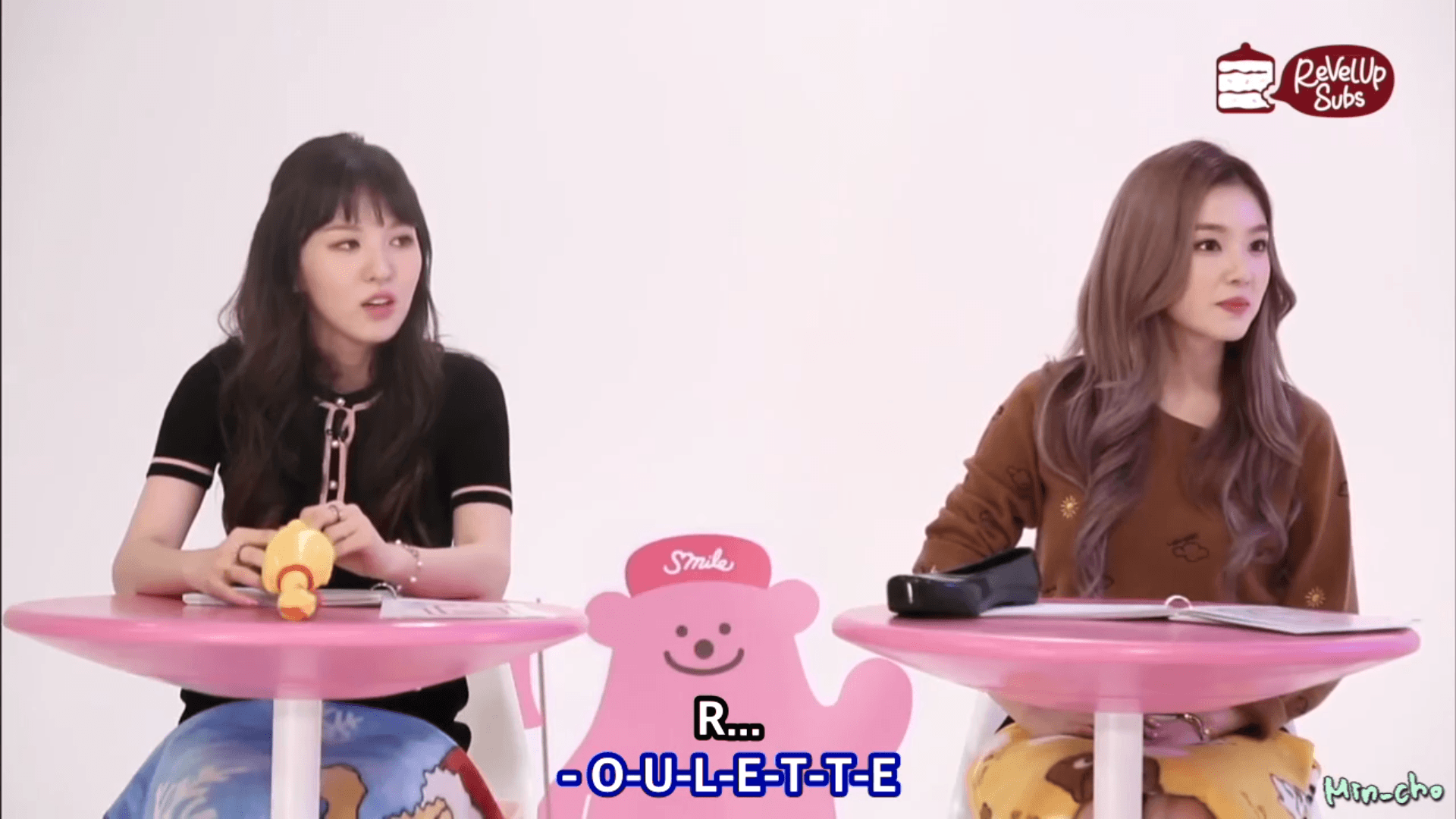 Wendy grew slightly impatient as she slowly brought the MC’s through each individual letter of “roulette.” 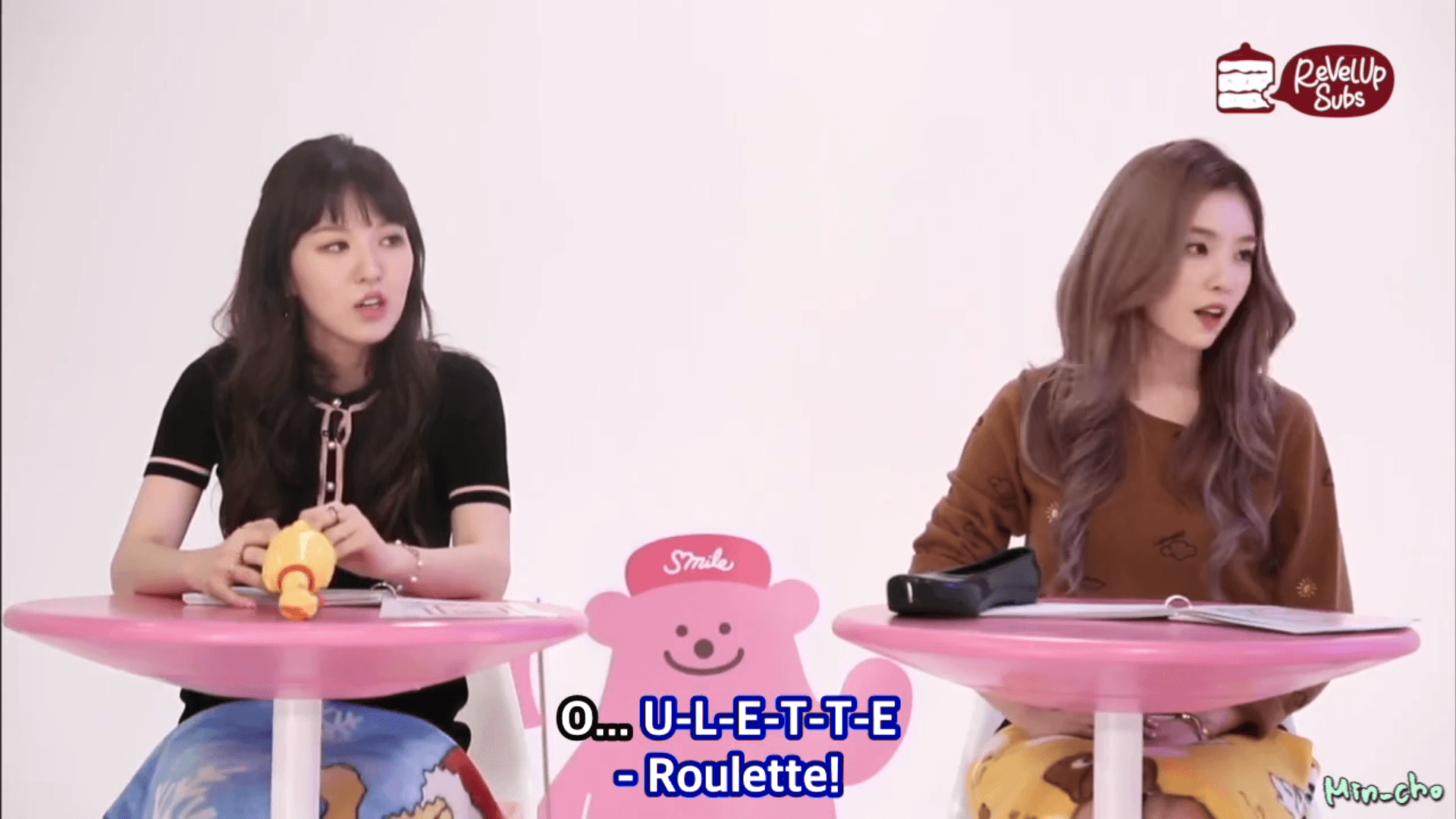 In one final attempt, Wendy slowly spelled out “roulette.” Despite her frustration, she kept calm and remained professional on camera.

Unfortunately, Wendy’s answer was wrong yet again, causing her to react in a hilarious fashion.

Check out the correct answer and the rest of the episode below!