Former WINNER member Nam Taehyun has had enough of sasaeng fans and their ridiculous behavior.

On April 22, Nam Taehyun uploaded a warning post on his Instagram directed towards his sasaeng fans, stating that he will take legal action if they continue to invade his privacy by waiting in front of his studio. The post has since been deleted.

“I’m grateful that you support me, but you behavior of waiting and secretly taking photos of me in front of our studio is an invasion of our privacy and it’s making me extremely stressed and anxious. If this situation continues, I will be taking legal action.” 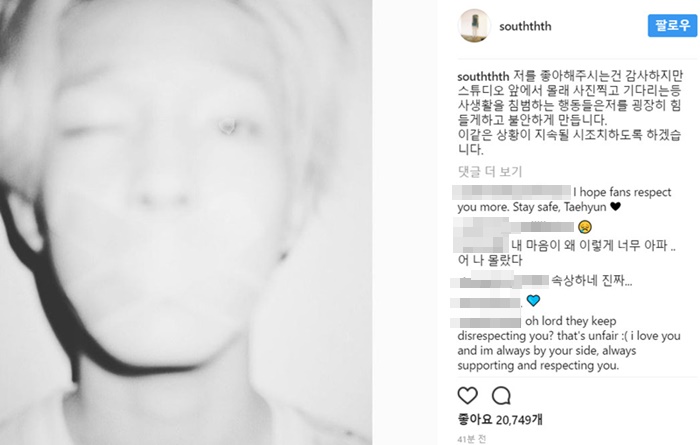 This wasn’t the only time Nam Taehyun has warned people on his Instagram. Early last month, he warned his anti-fans to stop spreading malicious rumors about how he was forced to transfer out of his school, to which his fans showed their support for him by filing charges against several hateful commenters.