The entire nation of South Korea is shocked after a 14-year-old girl was raped and murdered by a man nicknamed “molar daddy” on September 30.

The man nicknamed “molar daddy” is a man named Lee Young-hak and he went viral in South Korea before the murder due to a TV appearance with his family.

A broadcast that features real-life issues that are trending.

He was featured because his daughter was suffering from a rare autosomal dental tumor that causes severe disfigurement of the jaw.

Molar daddy also suffered from this rare benign tumor and that’s where his nickname comes from as he had lost all his teeth except one because of this disease.

Through this broadcast, he pleaded to the general public for help in medical treatment for his daughter as his economic situation was dire.

The general public sympathized with “molar daddy” and support poured in following the broadcast with many donations.

The support he received continued up to 2017 through monetary donations from the general public after the heartbreaking broadcast of his family’s situation.

Additionally, “molar daddy” received government stipends due to his economic level was in the low-income bracket.

Following his 2005 TV broadcast, his life was not brought to light and people just assumed he was the heartwarming, caring family man shown in the broadcast – trying to make ends meet.

His life was uncovered in detail only after the murder of the 14-year-old girl (September 2017) and the Korean public was shocked to learn about the truth of “molar daddy’s” real self.

It was discovered that “molar daddy” used most if not all his donations towards himself and not for his suffering daughter as originally intended.

“Molar daddy” bought a foreign car with the donations, ate out at expensive restaurants, tattooed himself heavily and even bought many designer clothing.

“Boom boom goes my heart. This is the first time I’m experiencing this. Boom boom is the sound of my heart. Fu*kers take a look and eat this.”

He also was sexually attracted to minors as seen through his tweets on his personal twitter and used his lavish lifestyle to attract potential minors for sex.

“I am looking for a girl between the ages of 14-20 to live with me. You will have your own room with shower included. You must be well mannered and have the basics of a good girl.

Don’t waste time and focus on chasing your dreams. Always have the urge to chase for success.

I am here to hear your personal problems, education problems amongst other things.

“Molar daddy’s” social media accounts showed a hard 180-degree change from the way he packaged himself in that 2005 MBC broadcast. 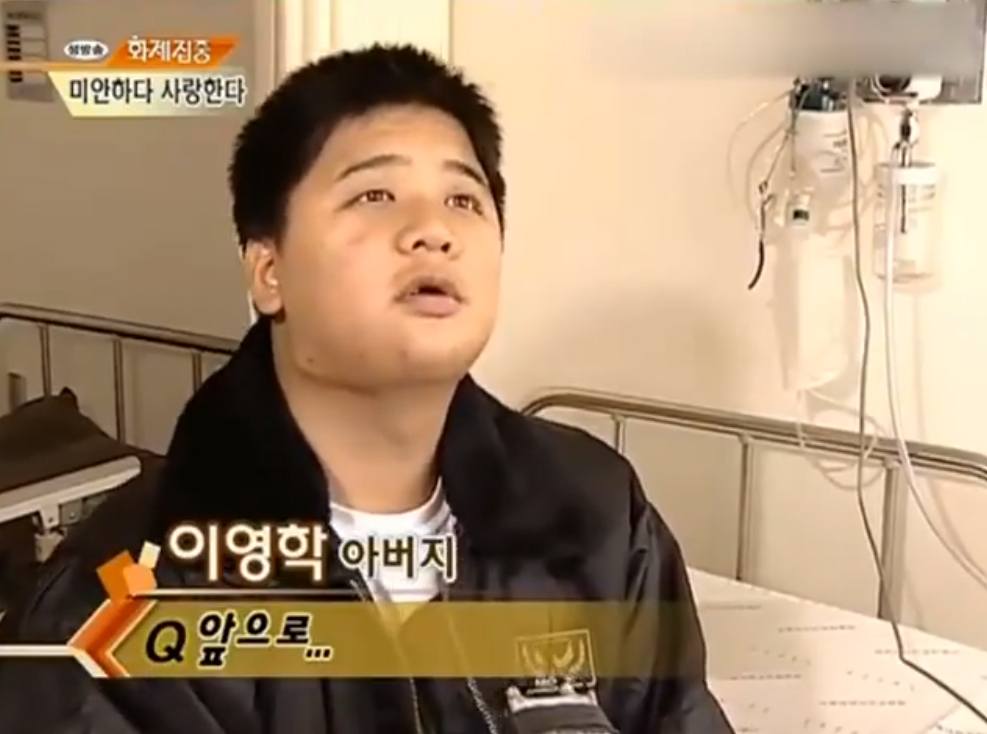 “Image translations: So what you gonna do? Just take your eyes off me please ~ ^^ Properly aged for 36 years Yang oppa”

Besides the controversial use of donations and pedophile inclinations, “molar daddy” was also an owner of a prostitution ring.

He recruited and employed a line of young girls, sometimes minors and offered sexual services to customers through his massage parlor.

The “massage parlor” was established through the donations as well.

To aid in his lavish lifestyle, he used his profits from the parlor and also secretly recorded customers engaging in sex with his prostitutes to upload them to illegal sex websites for additional profit.

It was also discovered that “molar daddy’s” own wife was also forced into his prostitution business.

The secretly recorded videos from his massage parlor that were subsequently uploaded on the Internet also featured his wife.

His wife was being constantly sexually abused by her husband and her father in law since 2009.

The father-in-law, who is the step-father of “molar daddy” was sexually abusing his son’s wife.

She told her husband about the abuse but ignored her cries for help and rather tried to use this to his own advantage.

He asked her to have sex with him again and secretly record it to blackmail him for money.

After constant abuse and not receiving the help she needed, ended her life by jumping off her apartment on September 1st, 2017.

Along with the complaint, she also wrote a suicide note.

“I have been raped by my father-in-law, the step father of my husband since 2009.”

The reason “molar daddy’s” horrific details came to light as mentioned initially was that of the murder he committed in September 2017.

At the end of the same month, his wife took her life away, “molar daddy” raped and murdered his daughter’s 14-year-old friend.

On September 30, “molar daddy,” with the help of his now 14-year-old daughter committed the horrifying murder.

“Molar daddy” asked his daughter to invite her friend over to their home.

The 14-year-old victim came to the house around noon and was given drinks containing sleeping pills.

“Molar daddy” ordered his daughter to mix the sleeping pills in the drink and drug her friend.

After the victim was drugged, he told his daughter to step out of the house and come back home around 8:00 pm on the same day.

While his daughter was gone, “molar daddy” proceeded to sexually assault the drugged girl.

The following day, the effects of the drugs wore off and the victim woke up in terror.

That’s when he killed the helpless victim by strangling her.

With the help of his daughter, he took the corpse of the victim and dumped the body in the mountains of Gangwon province, an area north of Seoul.

Due to the victim’s disappearance, an investigation was started by authorities and soon after discovering the victim’s body – “molar daddy” was arrested on suspicion of murdering the 14-year-old-girl.

During the investigation, his daughter was also questioned and she admitted to the crimes along with her involvement.

The investigation is still underway but authorities have already released “molar daddy’s” real name to the public due to the serious nature of the crime.

Korean authorities usually withhold the identities of suspects during investigations which makes this case unique by this fact alone.

This horrific, hard to believe murder case is the most talked about news in South Korea at the moment and all the truths regarding “molar daddy” are yet to be uncovered.

Authorities are in the process of learning about the crime by recreating the horrific murder with “molar daddy’s” testimony.

As more and more details emerge on this chameleon of a man, the Korean public is in disbelief at the unfortunate reality of this case.