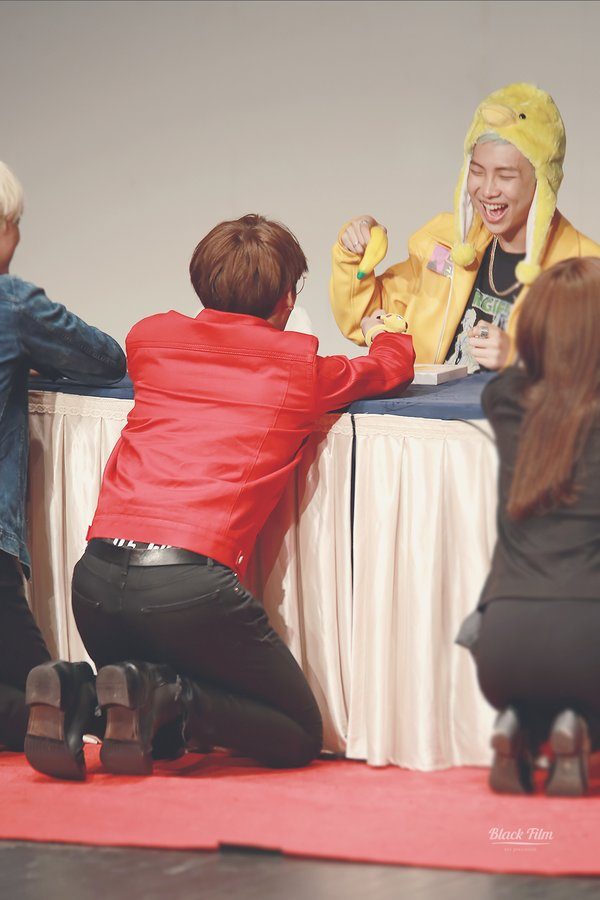 Jungkook was pretending to be a fan, but little did he know, something was sticking out underneath his jacket. 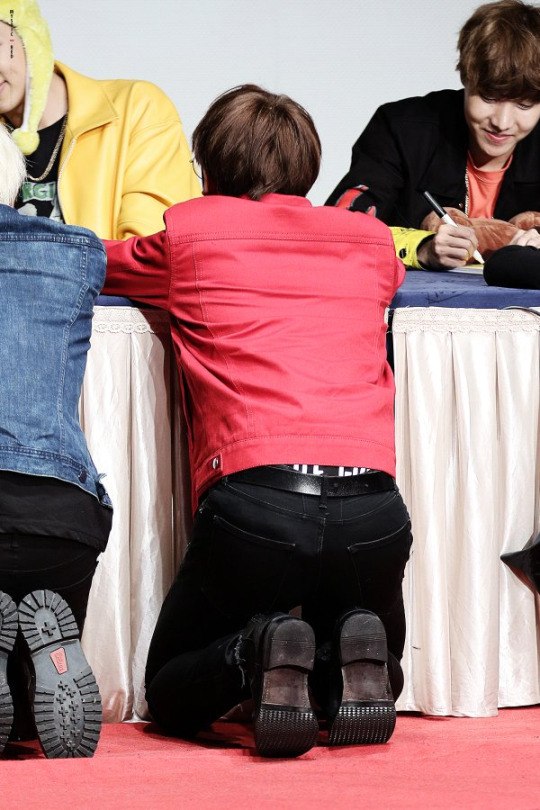 Jimin noticed it immediately and swooped in to pull Jungkook’s jacket down, assuming everyone could see his underwear. 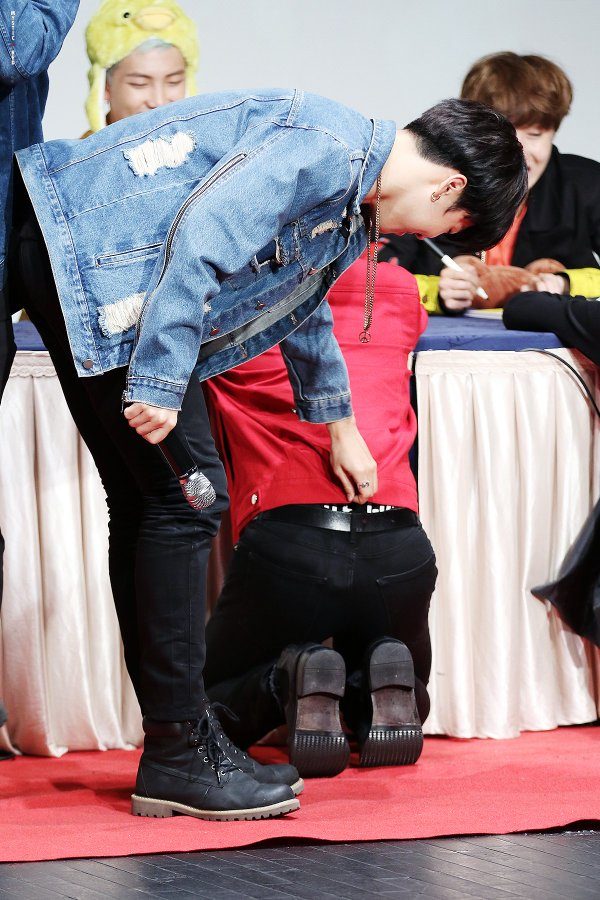 He tried his best to protect the youngest member’s privacy from being exposed. 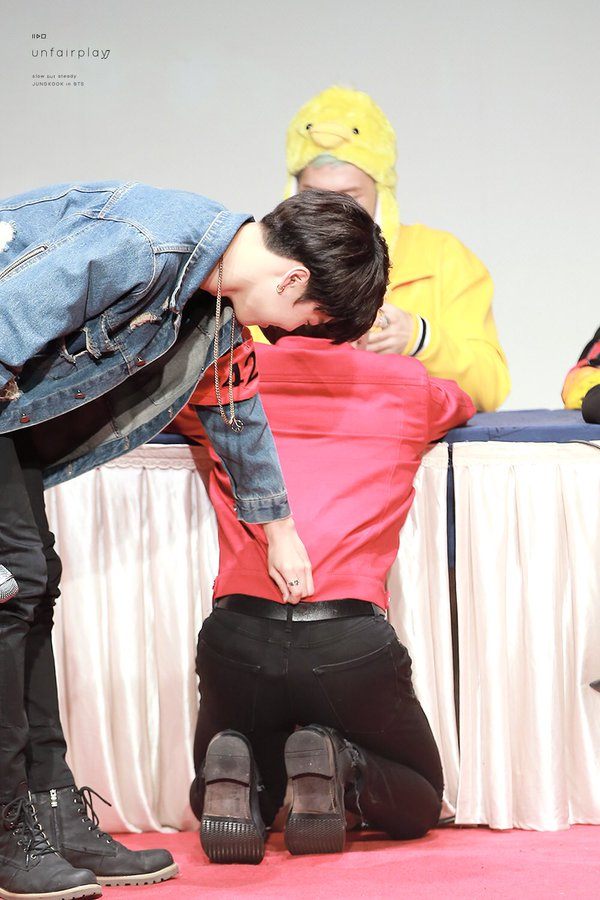 Jungkook spun around to see what was going on behind him. 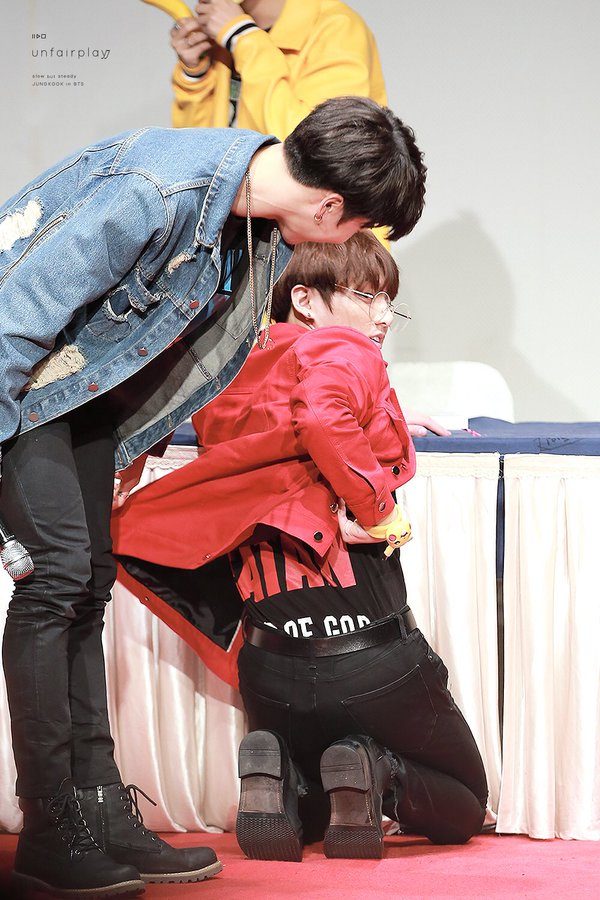 That was when Jimin realized it was just Jungkook’s shirt, and not his underwear at all! 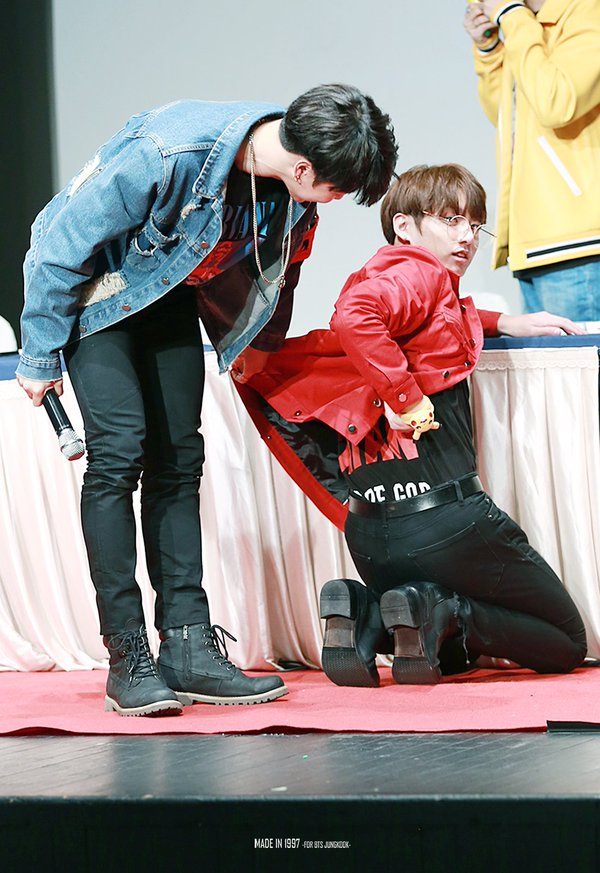 Jimin couldn’t help but smile at his misunderstanding, while Jungkook was left confused. 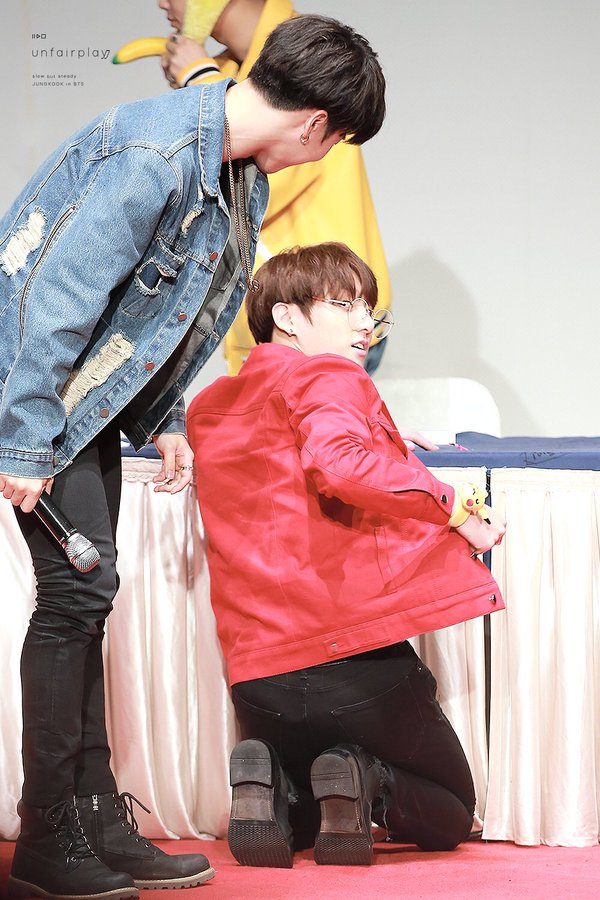 Although it was a misunderstanding, Jimin’s actions showed how much he cares for Jungkook!