Several projects by EXO and EXO-L alike were done for their EXO’RDIUM DOT IN SEOUL concert.

EXO-L created a balloon sign project for EXO that read “EXO [heart] EXO-L” and could be seen across the entire stadium.

A secondary fan project held similar signs that read “NO EXO NO LIFE”.

EXO, too, surprised fans with their own project, holding cards that asked them on a date. 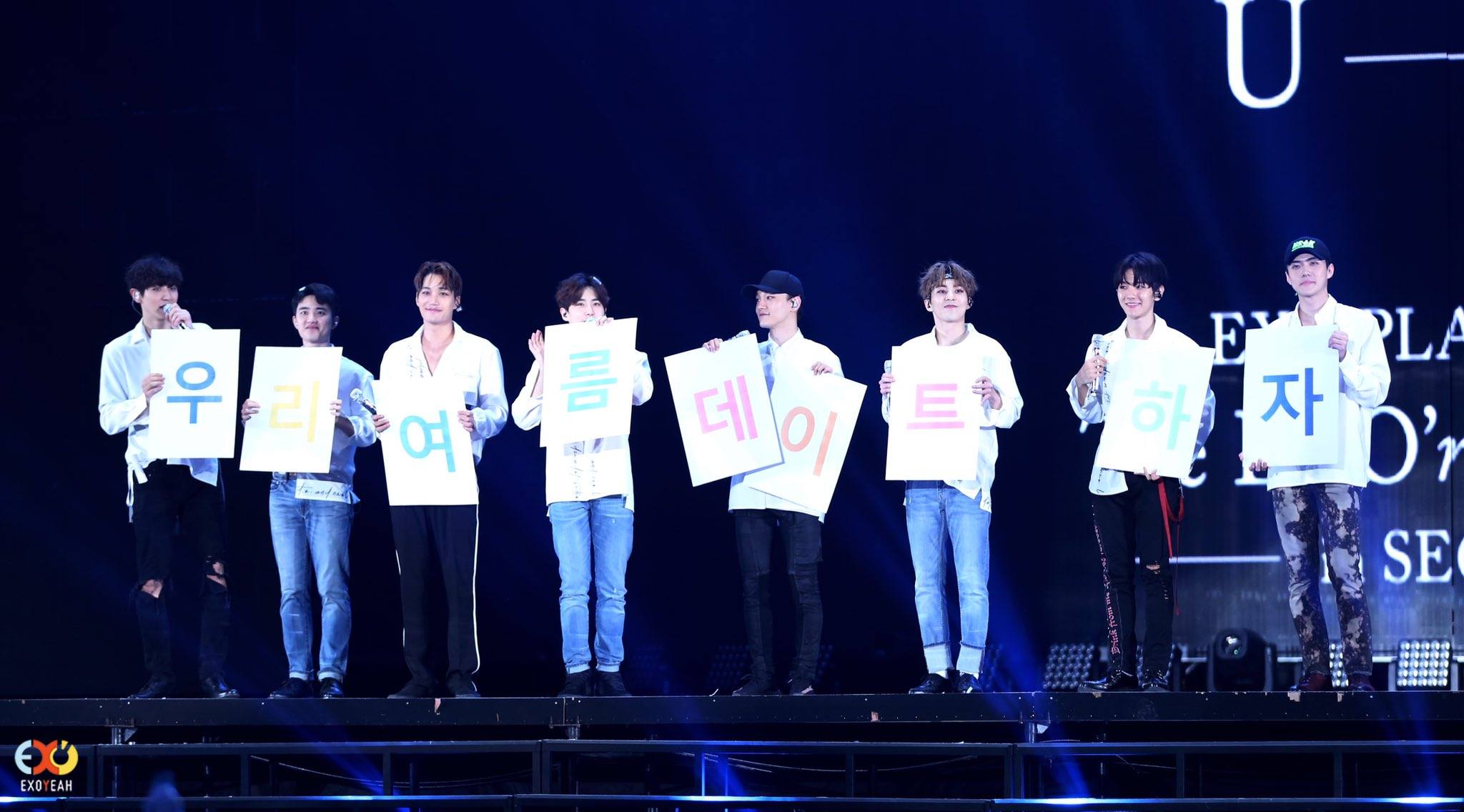 “Let’s have a summer date.”

” EXOLs, let’s be together ”
EXO’s project to EXOLs, WHAT DID WE DO TO DESERVE THOSE ANGELS?
we are the lucky ones.#EXOrDIUMdotinSeoul pic.twitter.com/OEzy7NKA4X

EXO also asked fans to walk with them together in a heartfelt gesture. 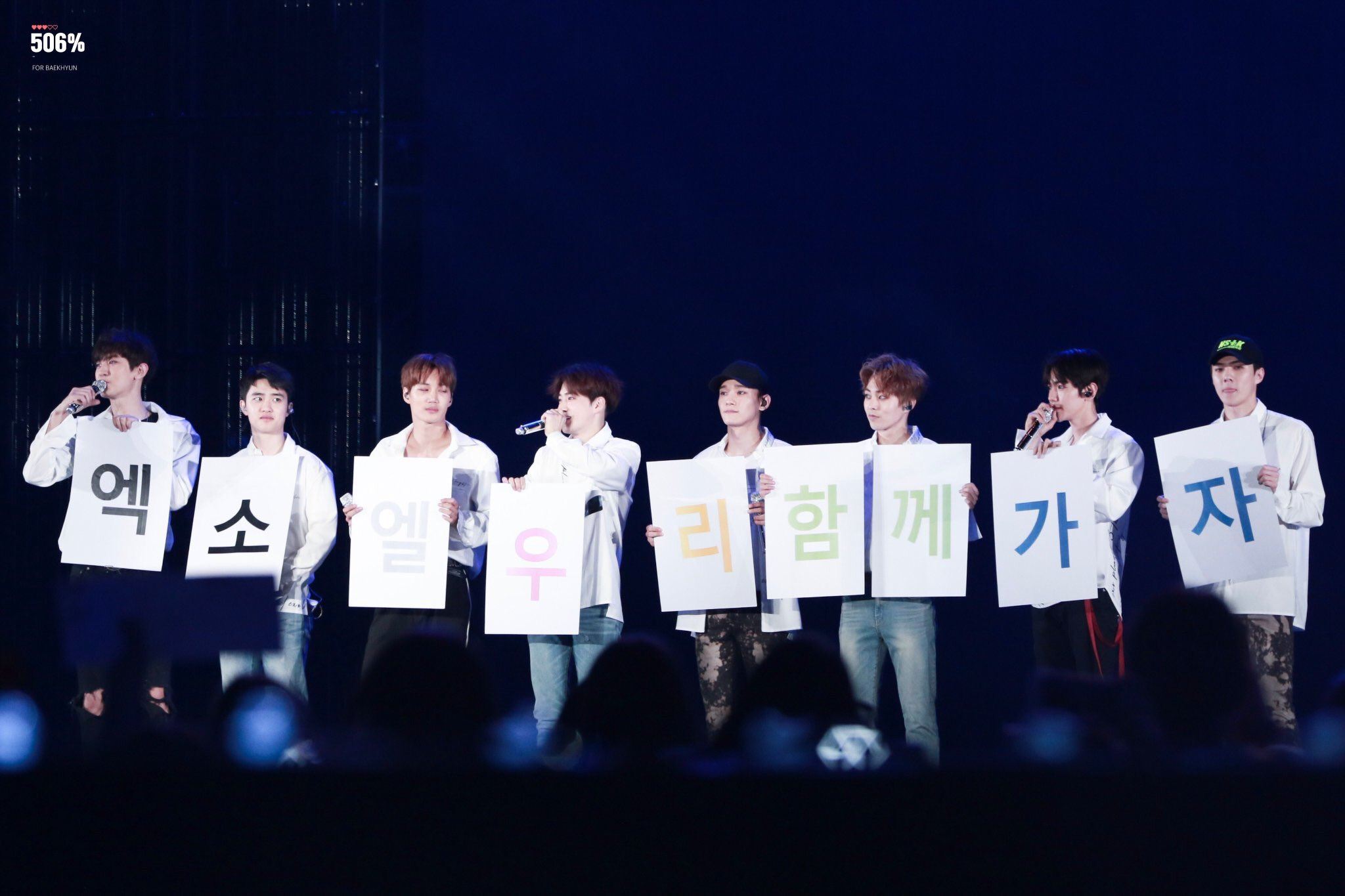 International fans held a project for the special event, including a food truck sponsored by WITHLOVEIEXO-L’s for fans attending the show.

The strength between EXO and EXO-L was evident as the events from both of the massive two-days concerts held light stick surprises, fan made gifts, and more.