A Chinese Tai Chi master has broken a world record by successfully dragging a helicopter more than ten meters with only his penis. 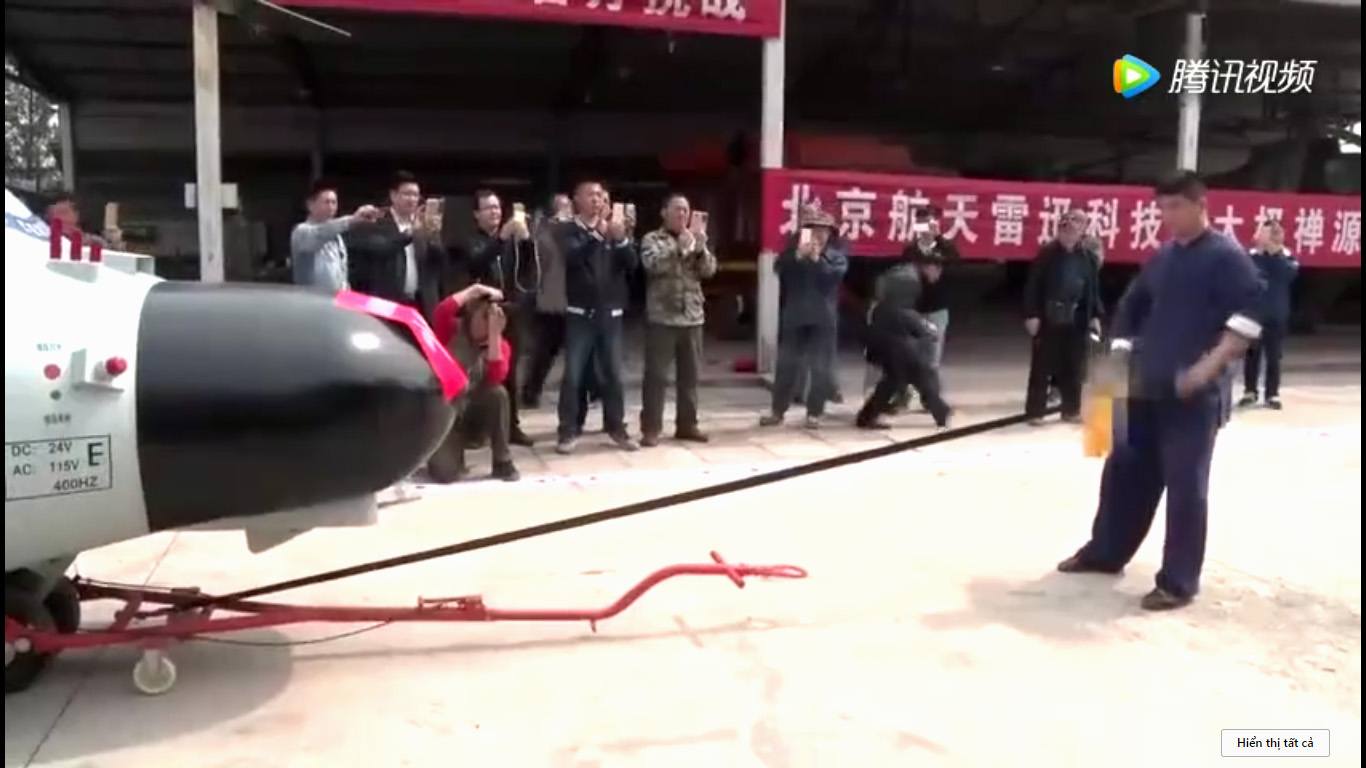 The 39-year-old Chinese martial arts practitioner named Ye Hongwei demonstrated his incredible feat outside a military hangar in Beijing in the midst of a crowd. 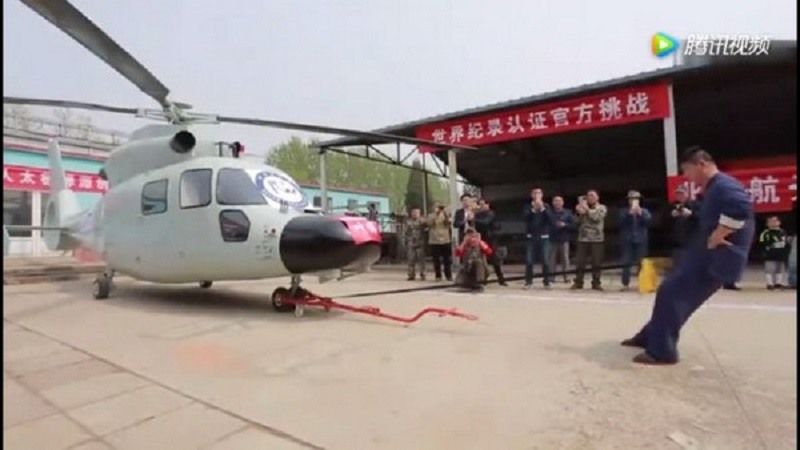 Before the event officially began, a foreign female judge read out the rules that Ye must obey in order to break the record such as having to drag the helicopter at least eight meters.

Despite having to only pull the 5-ton military chopper eight meters to beat the “world record,” Ye pulled onward and carried the helicopter an additional two meters, setting the record to 10 meters.

After the impressive feat, Ye took some time to realign himself with his Chi and suppress the astounding pain that must have been felt in his nether regions.

As a congratulation, representatives from the Guinness World Records committee awarded Ye with a certificate for “the furthest distance for an airplane to be dragged with a penis.”

Amazingly, this isn’t the only time he’s wowed people with his skills, just last month he dragged seven Audis for eight meters using only his testicles.