According to their 4th Anniversary Festa Home Party, the BTS boys are split up into 4 rooms.

The seven members used to sleep in one single room up until the end of 2016. 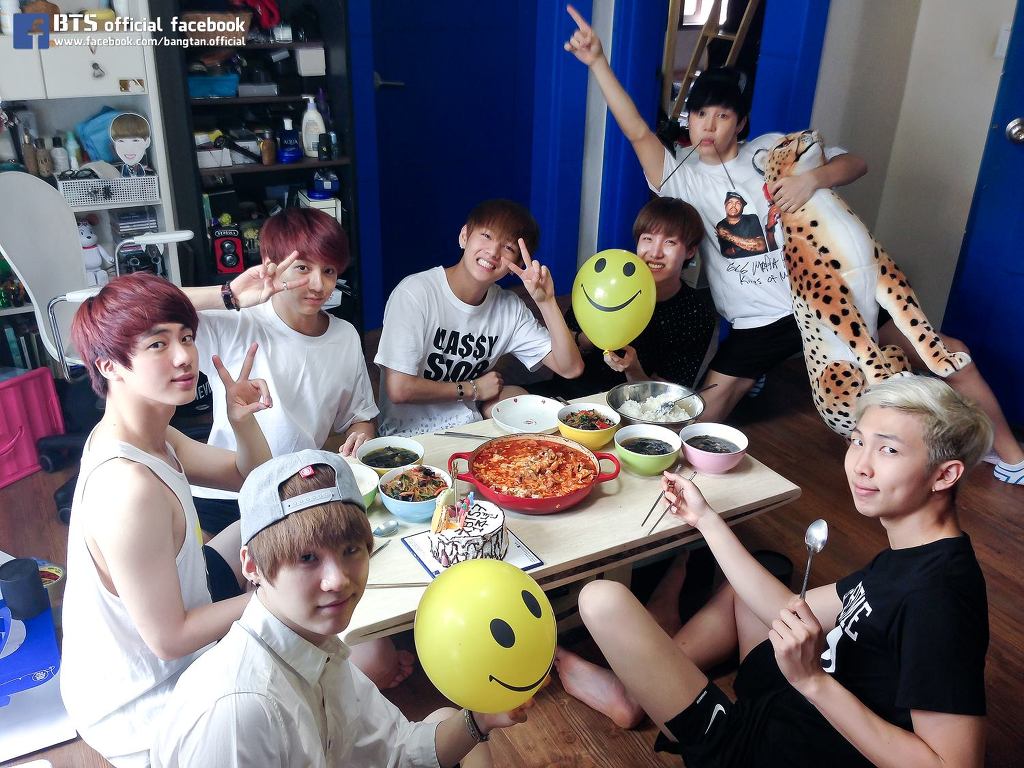 Now that they’ve moved to a bigger apartment, the boys are split into pairs!

Jin and Suga room together with a big shelf separating their personal space. 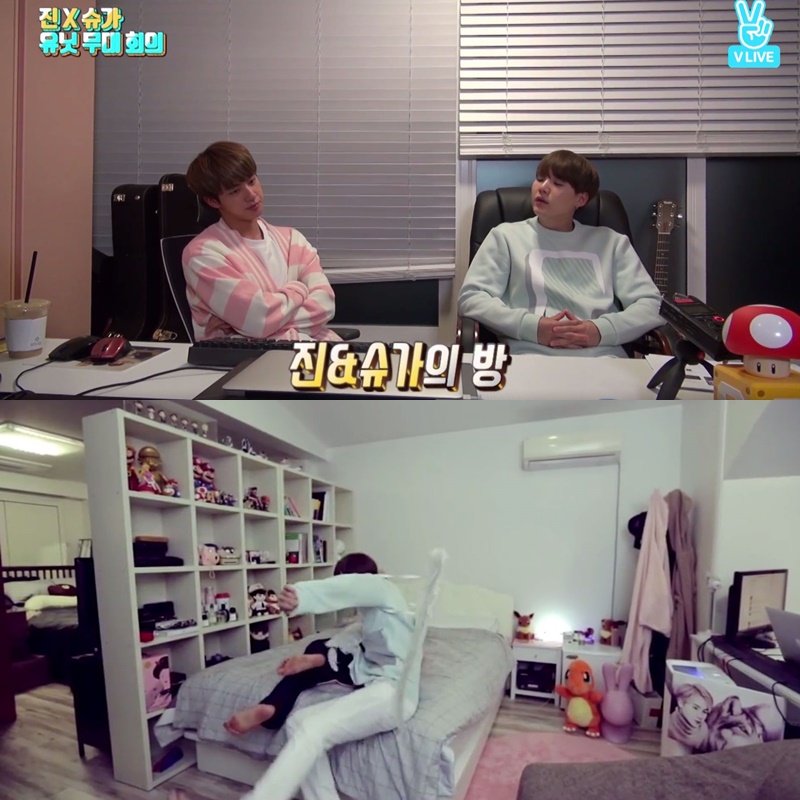 J-Hope and Jimin get close and personal in a pink petite room. 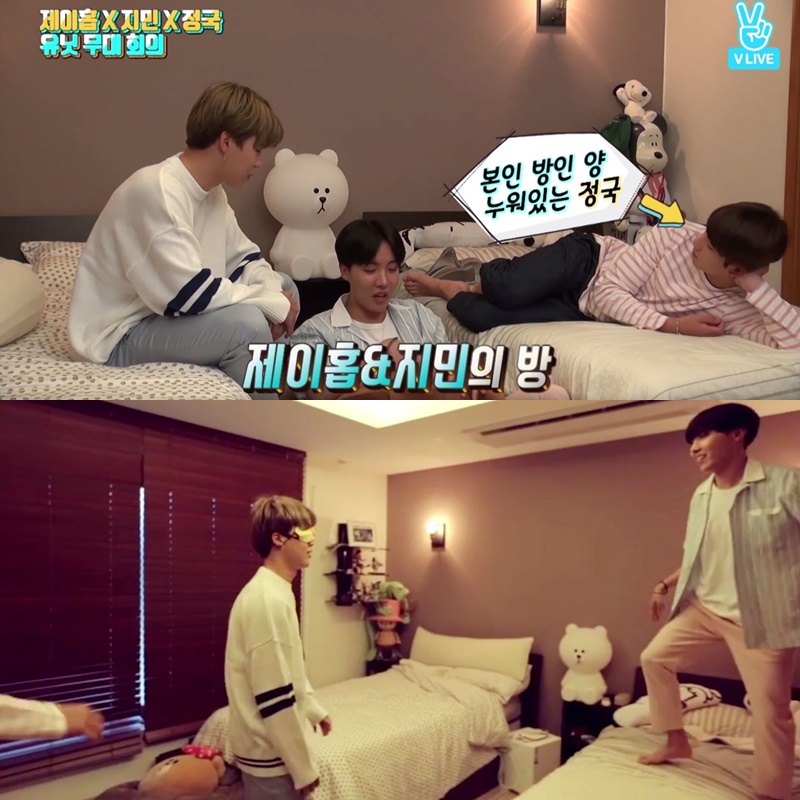 And the golden maknae has a room all to himself!

Jungkook used to room with RM, and the gamers (V, J-Hope, and Jimin) used to dorm as a trio.

But the ever talented Jungkook won his right to a single room through Rock Paper Scissors! 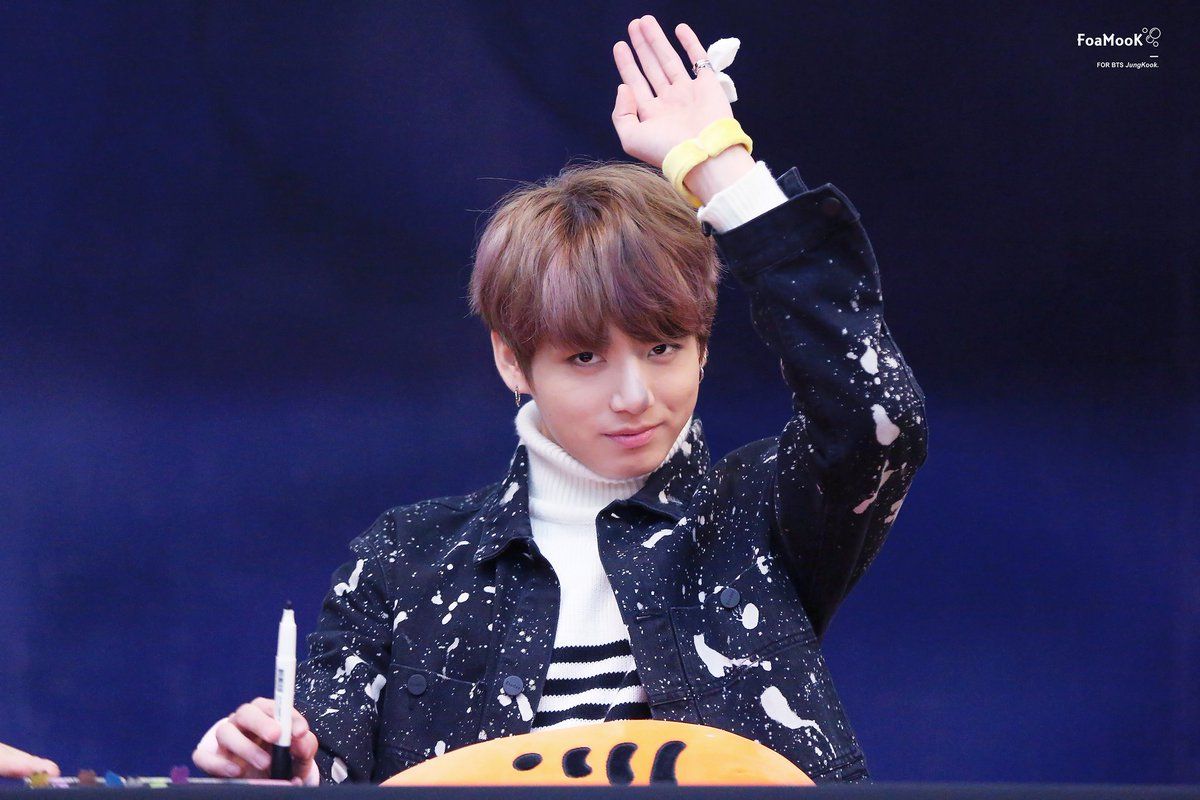 He got his wish for a separate dorm!

A golden (and lucky!) maknae, indeed! 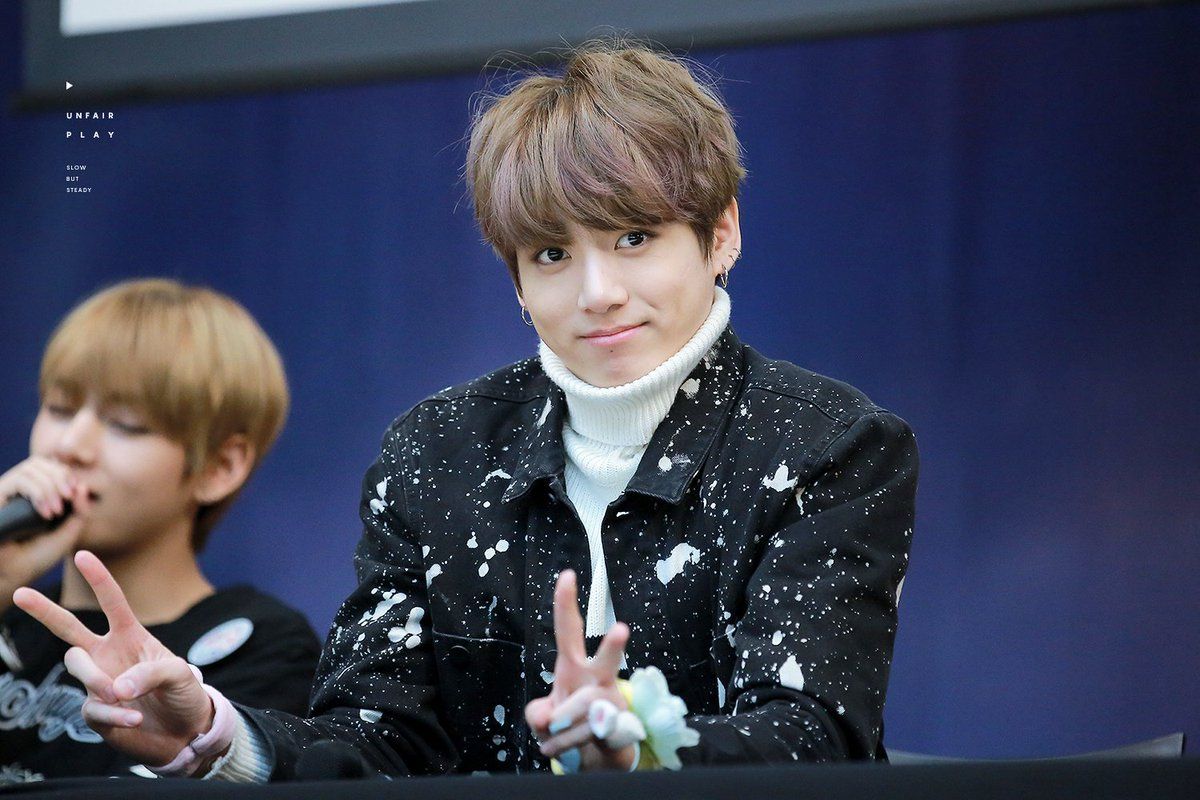