EXO‘s Sehun was spotted liking some of Bella Thorne‘s Instagram photos, and EXO fans have started flooding her comments section.

Sehun has recently liked two of Bella Thorne’s Instagram Instagram photos, which resulted in his fans flocking over to her account and flooding her comments section with Sehun’s name. 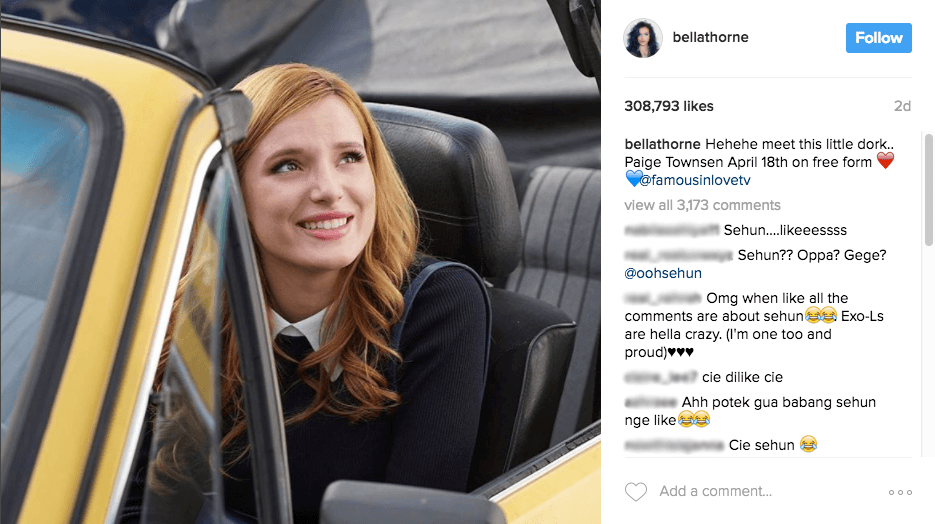 According to EXO fans, this wasn’t the first time that the American actress and singer has interacted with Sehun on their social media accounts. On April 12 last year, Sehun received a surprise birthday message from her as she uploaded a series of Instagram photos with the hashtag #happysehunday.

However, fans are still unsure if she had added the hashtag because she was a Sehun fan herself, or if she was merely adding the day’s most popular hashtags to rack up her views.