Wanna One’s Daehwi was recently spotted with a bloody ear while performing on stage at the Fever Festival. 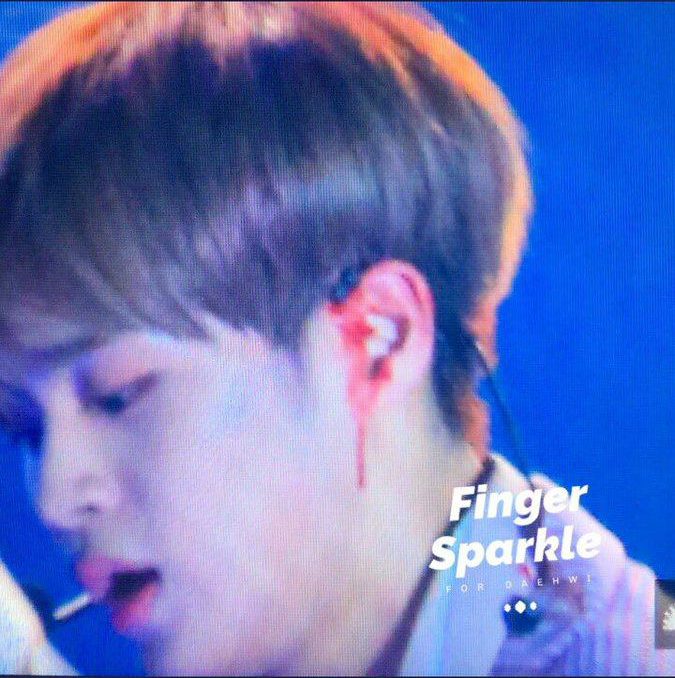 Just before they went up on stage for their last song, Daehwi realized there was a lot of blood near and around his ear. 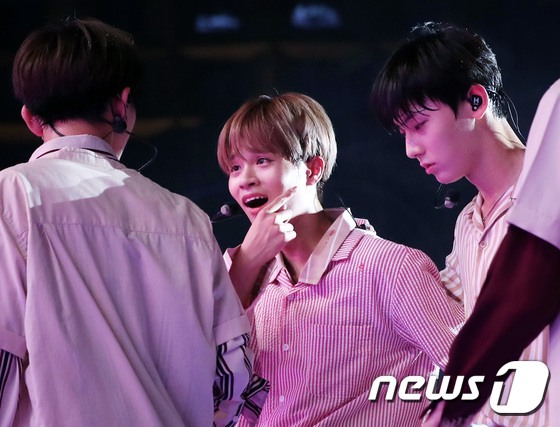 The blood dripped down the side of his face and even onto his shirt as his ear continued to bleed for a while. 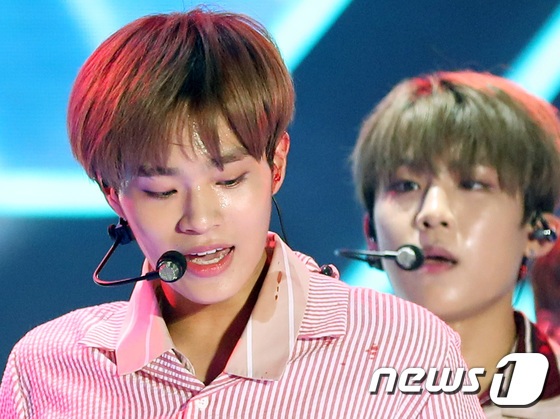 Even other members seemed to realize that Daehwi’s ear was bleeding, as Woojin couldn’t stop looking at him with concern.

Woojin was so worried for him that he even stopped Daehwi mid-performance to urge him to get treatment.

According to YMC Entertainment, Daehwi’s ear pierce had gashed the side of his head, causing profuse bleeding. 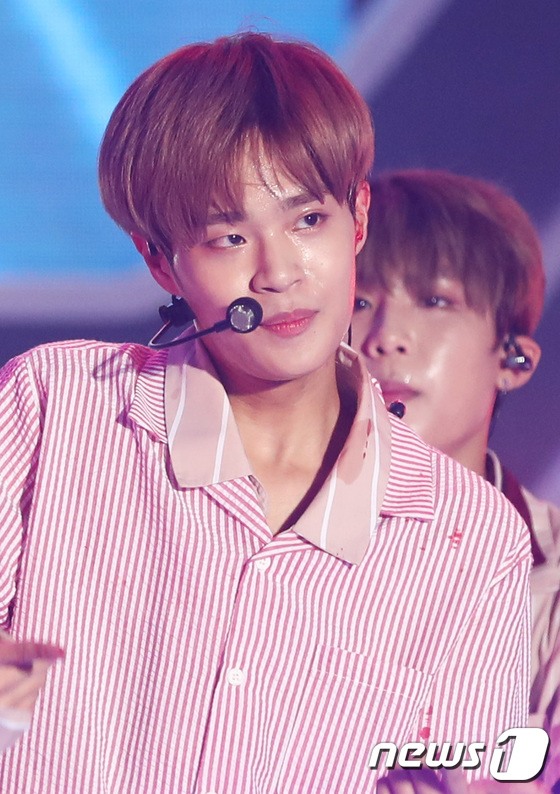 The injury wasn’t serious, fortunately, and they announced Daehwi will be taken to the hospital for treatment.

“Hello. This is YMC Entertainment. This is in regards to Lee Daehwi’s injury.

On September 30 at the 2017 Fever Festival, Lee Daehwi fixed his earpiece onto his ear and went on stage, but the brace that fixes it to his ear fell off, so the upper part of the mic cut his ear and caused it to bleed.

After the performance ended, he immediately received treatment from the medics on site, and after the festival ended, he was moved quickly to a hospital and received additional treatment there.

The doctor informed us that it wasn’t a big injury and that it was just a minor scratch, but he received a tetanus shot to prevent any infections, and is currently resting to recover.

We are sincerely sorry for worrying Lee Daehwi’s fans due to his injury, and we will try our best to ensure the Wanna One members are able to healthily promote.” 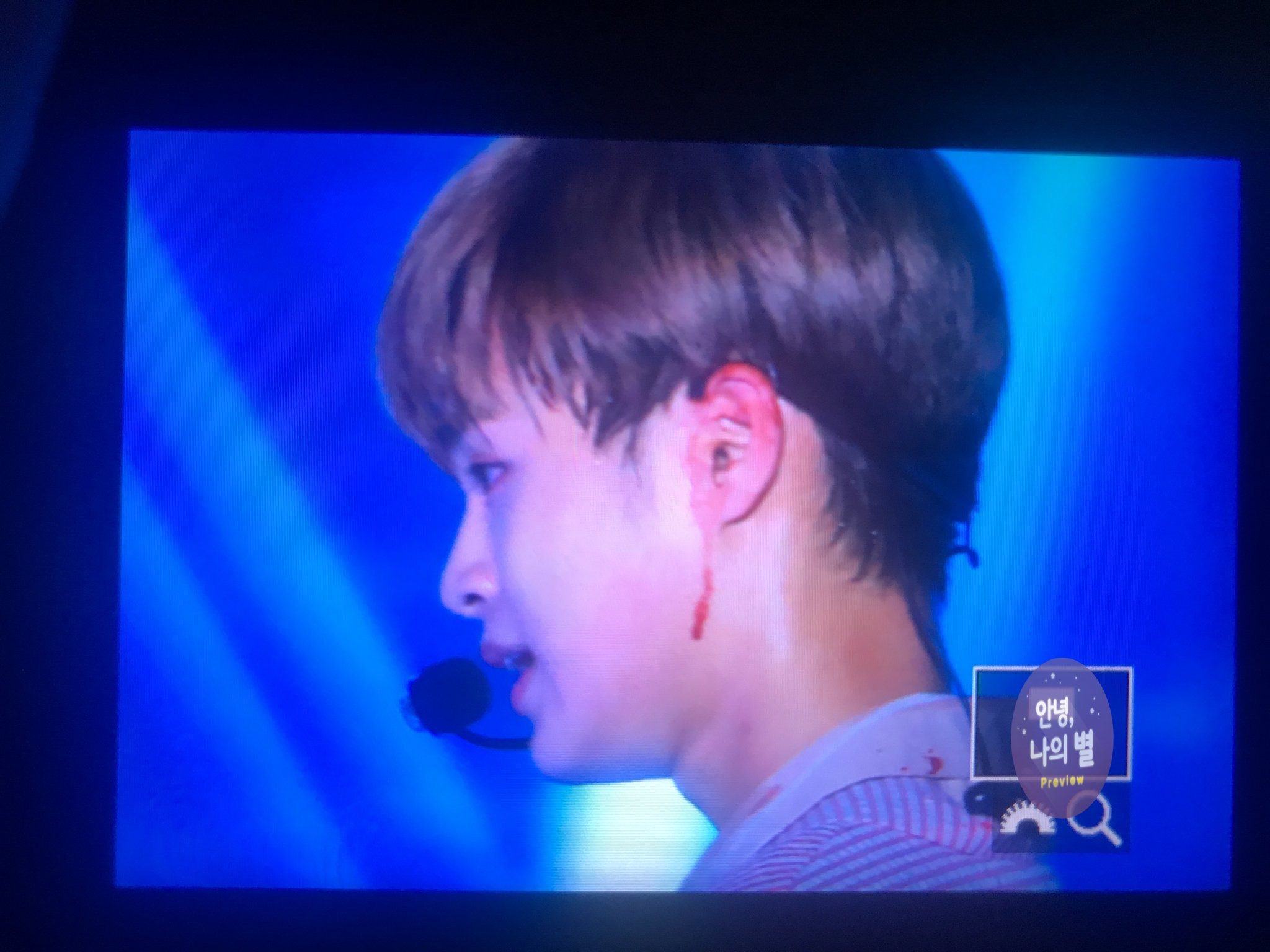