Song Joong Ki was spotted volunteering at Seoul National University Children’s Hospital and throwing a pizza party for all the child patients.

Recently, Song Joong Ki visited Seoul National University Children’s Hospital for the volunteer event organized by Dominos Pizza, a brand he endorses by being their model. 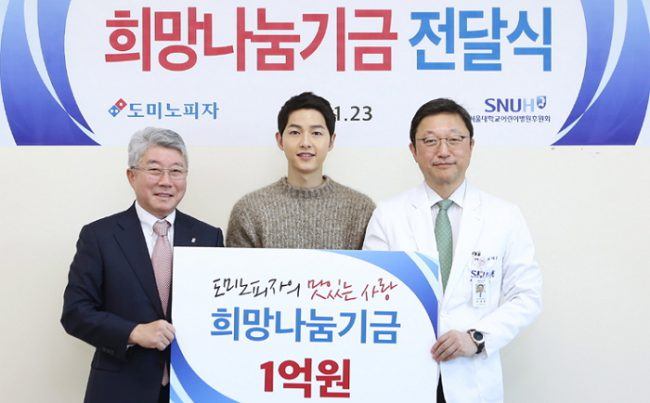 At this event, Song Joong Ki not only threw a pizza party for all the child patients there, but he also donated 100 million Won (approximately $87,000 USD) to the hospital through Domino’s charity fund.

Not only is Song Joong Ki a brilliant actor, but he has proven he is also an incredibly warm-hearted and generous person.

The “Visible Thong Straps” Trend Is Making It’s Way Into K-Pop, And Fans Have Conflicted Opinions

DAWN Endearingly Keeps HyunA Safe At The LOEWE Fashion Show, But Fans Are Frustrated That The Gesture Was Even Necessary