Pledis Entertainment‘s new boy group is already off to a great start as they made their debut on Billboard‘s World Album Chart!

For the week of June 13th, 13-member rookie boy group SEVENTEEN debuted in 9th place with their EP 17 CARAT above German metal band We Butter The Bread With Butter’s Wieder Geil!

SHINee, who debuted #1 for the week of June 6th, ranked in 5th place this week. 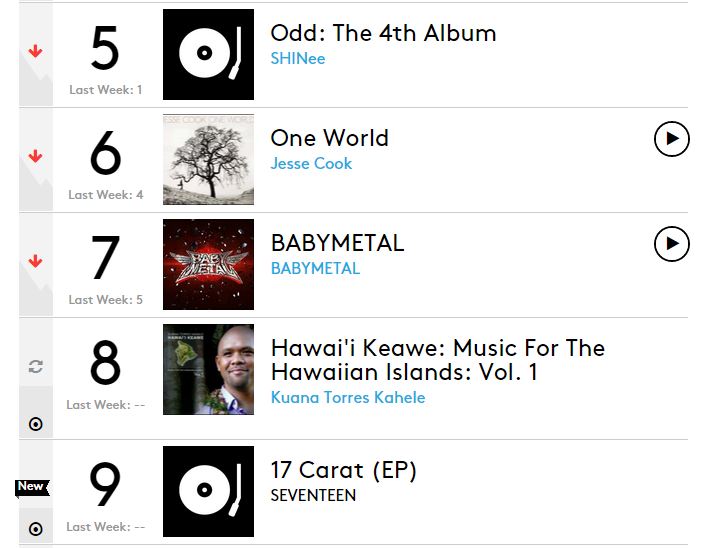