Singer-songwriter Roy Kim has officially completed building his shelter “HOME” for abandoned dogs! Situated in Pocheon of the Gyeonggi Province, the shelter provides dogs with a quiet area surrounded by nature.

Fans got a glimpse of his brand new shelter through his Instagram in which there is a short video of his car driving through snow to where dogs run around the shelter. The caption simply states, “I went to go visit my friends.”

“HOME” is a result of the singer’s long time love for dogs, as he also has his own pet dog named Ssancho. Since November, Roy Kim has supported and sponsored the creation of a shelter that would provide safety for abandoned dogs. He also recruited fans to help as they participated in decorating the official sign of the shelter as well as finishing up the remaining construction work. According to his agency CJ E&M, the fans’ participation adds even greater significance to the project as a whole.

As a token of gratitude, Roy Kim has allowed fans to volunteer at “HOME” whenever they wish. The shelter is currently up and running, so make sure to send your support for the brand new establishment! 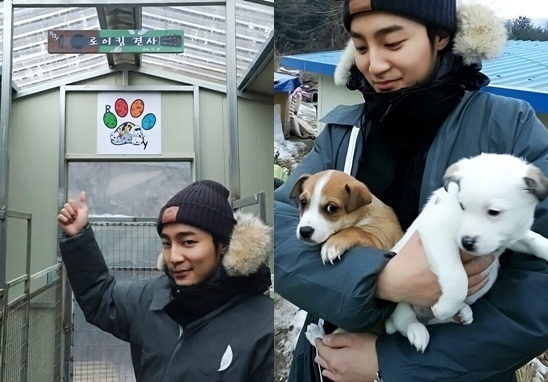 5 Of The Most Shocking “Girls Planet 999” Eliminations This Round