Posted on May 7th, Red Velvet along with fans held up their black-and-yellow fan signs that read “BoA! Always our No.1” and stood in front of the COEX Mall plastered with a large billboard of BoA’s 8th studio album concept jacket photo.

BoA is celebrating her 15th anniversary with the release of her 8th album Kiss My Lips, which features all the tracks composed, written, and produced by the artist herself.

It is set to be released on May 12th in full, with the music video teaser to her title track to be released on the 9th at midnight KST. Currently, her pre-released track “Who Are You” featuring Gaeko is available. 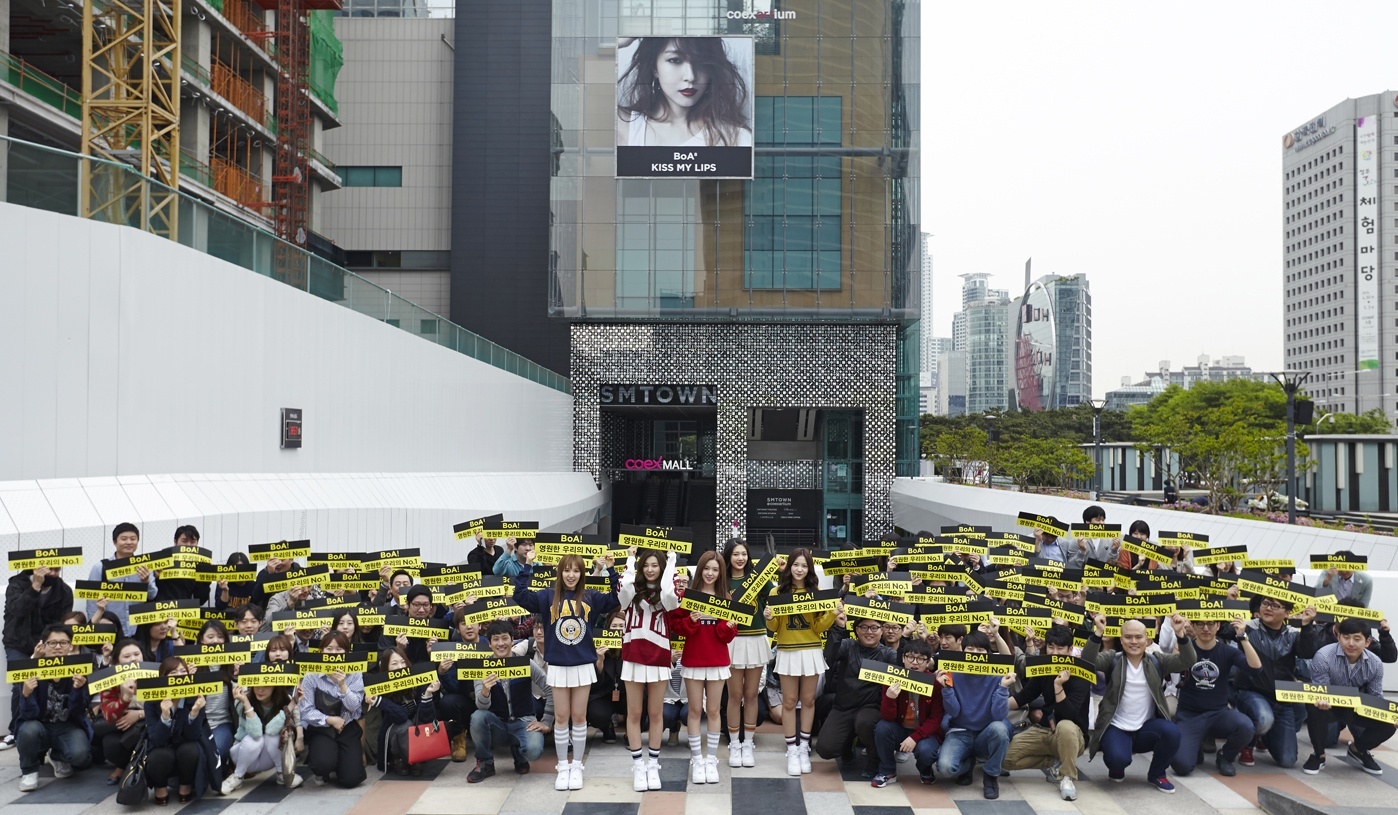 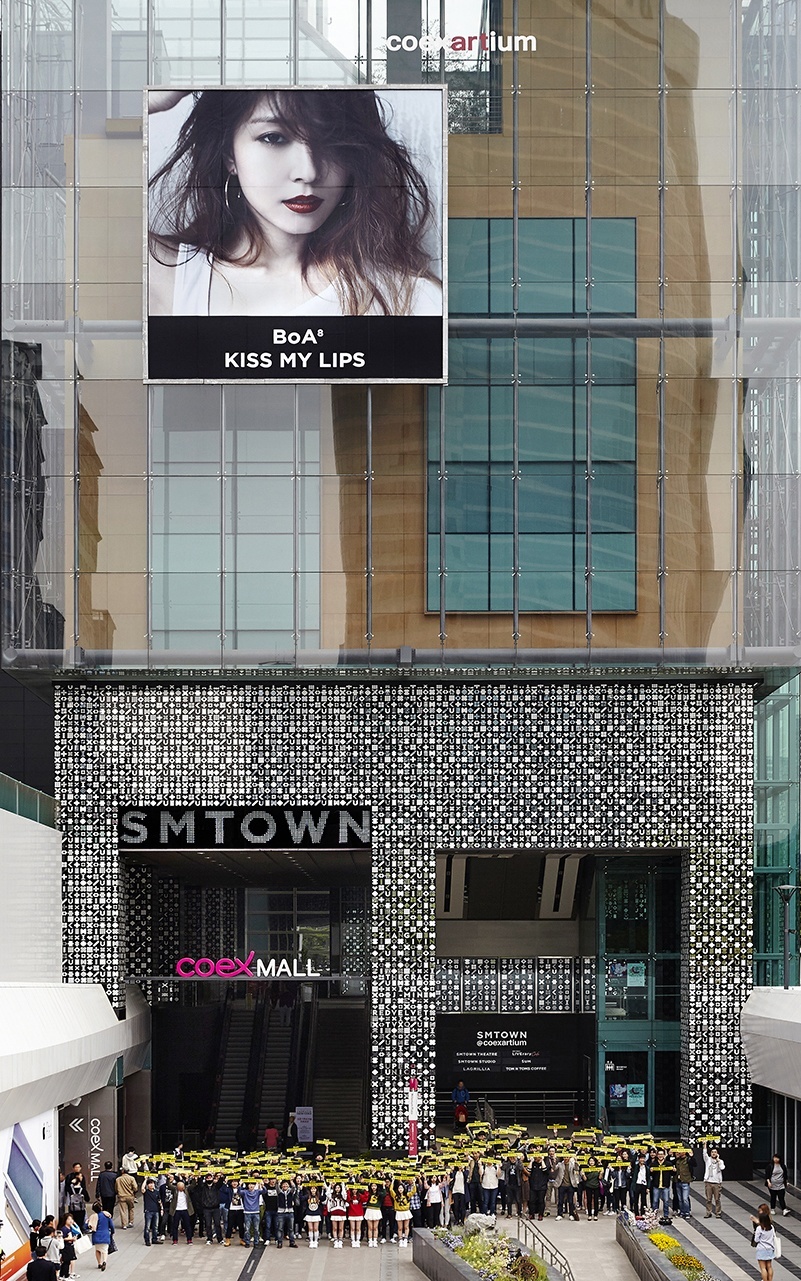 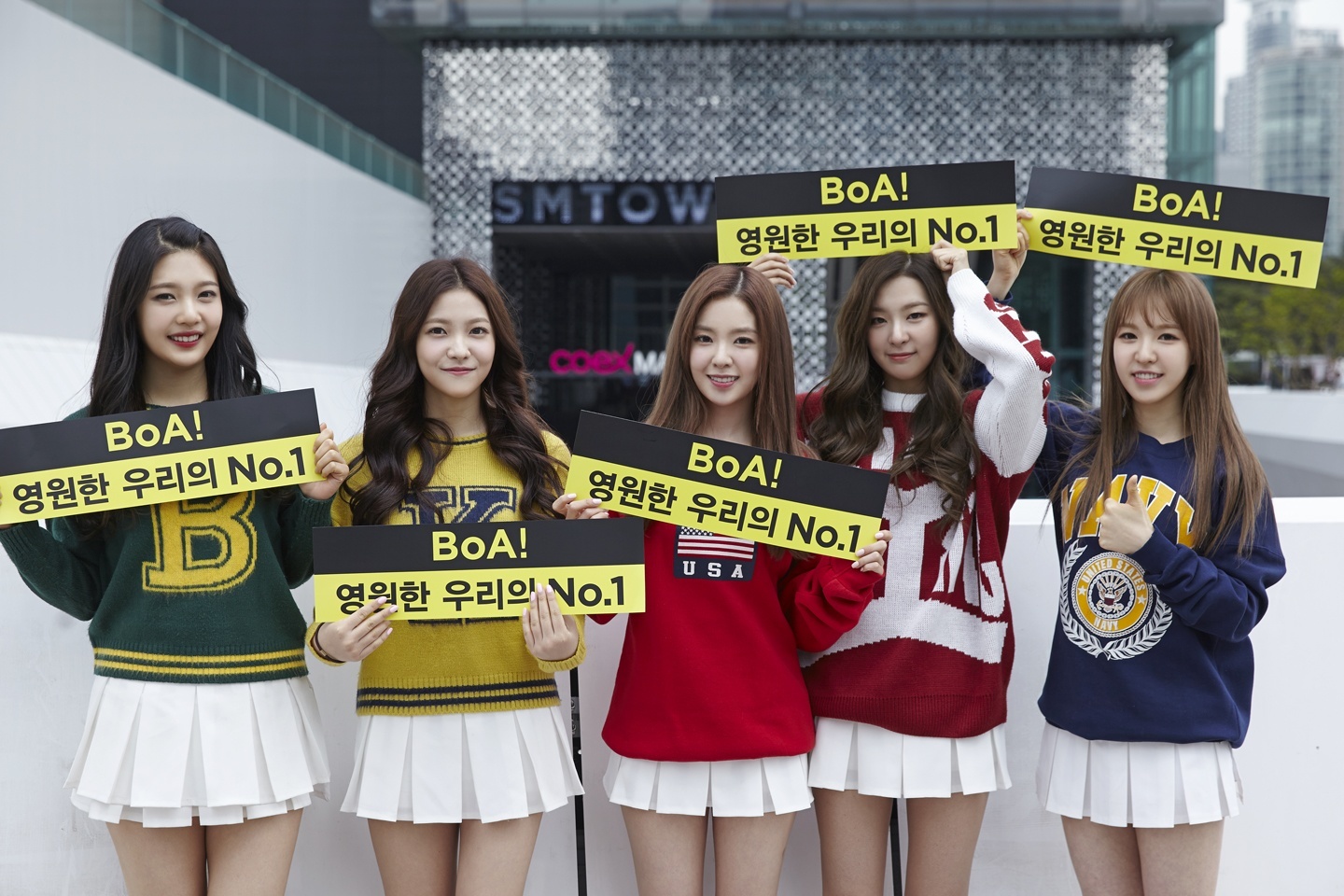 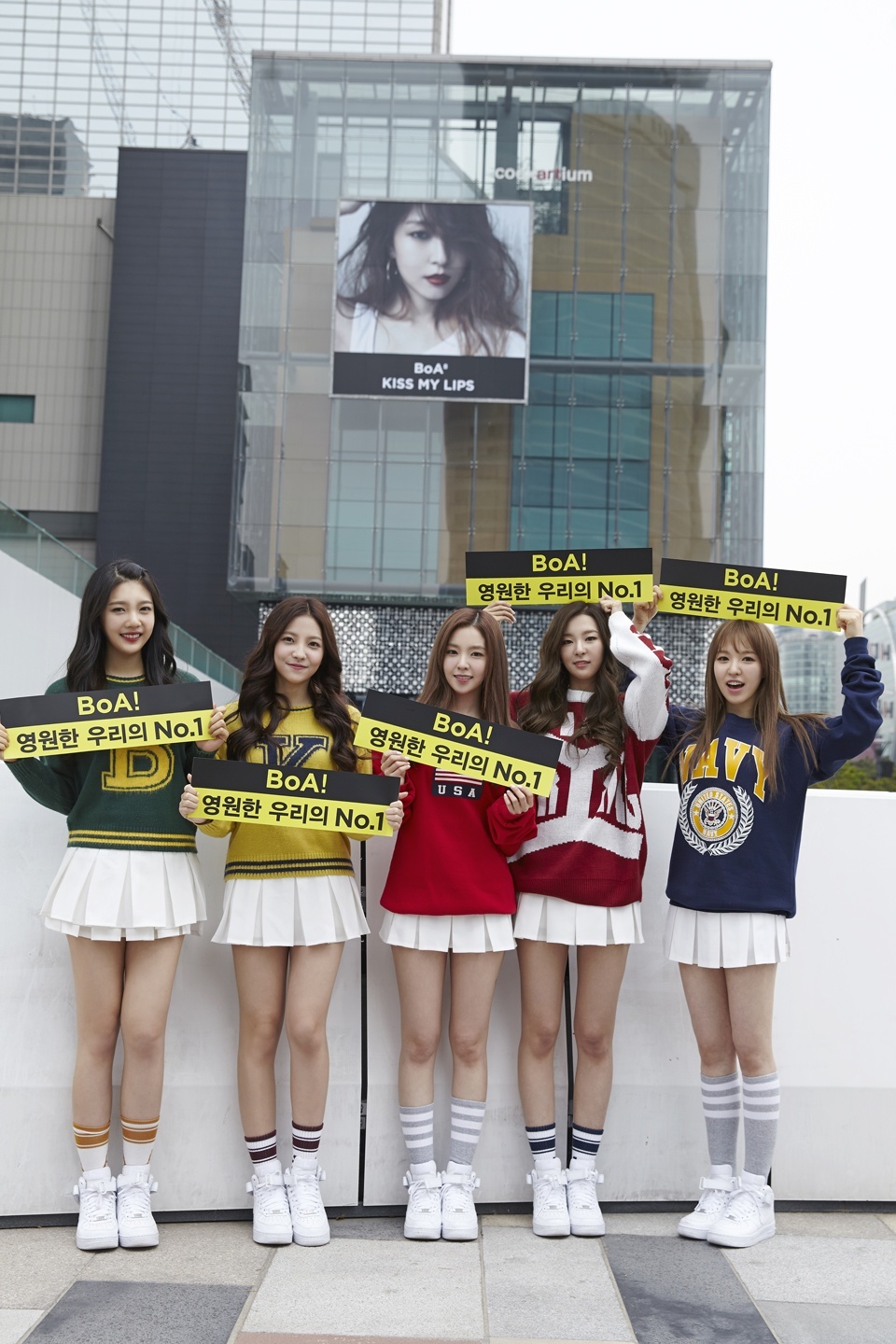 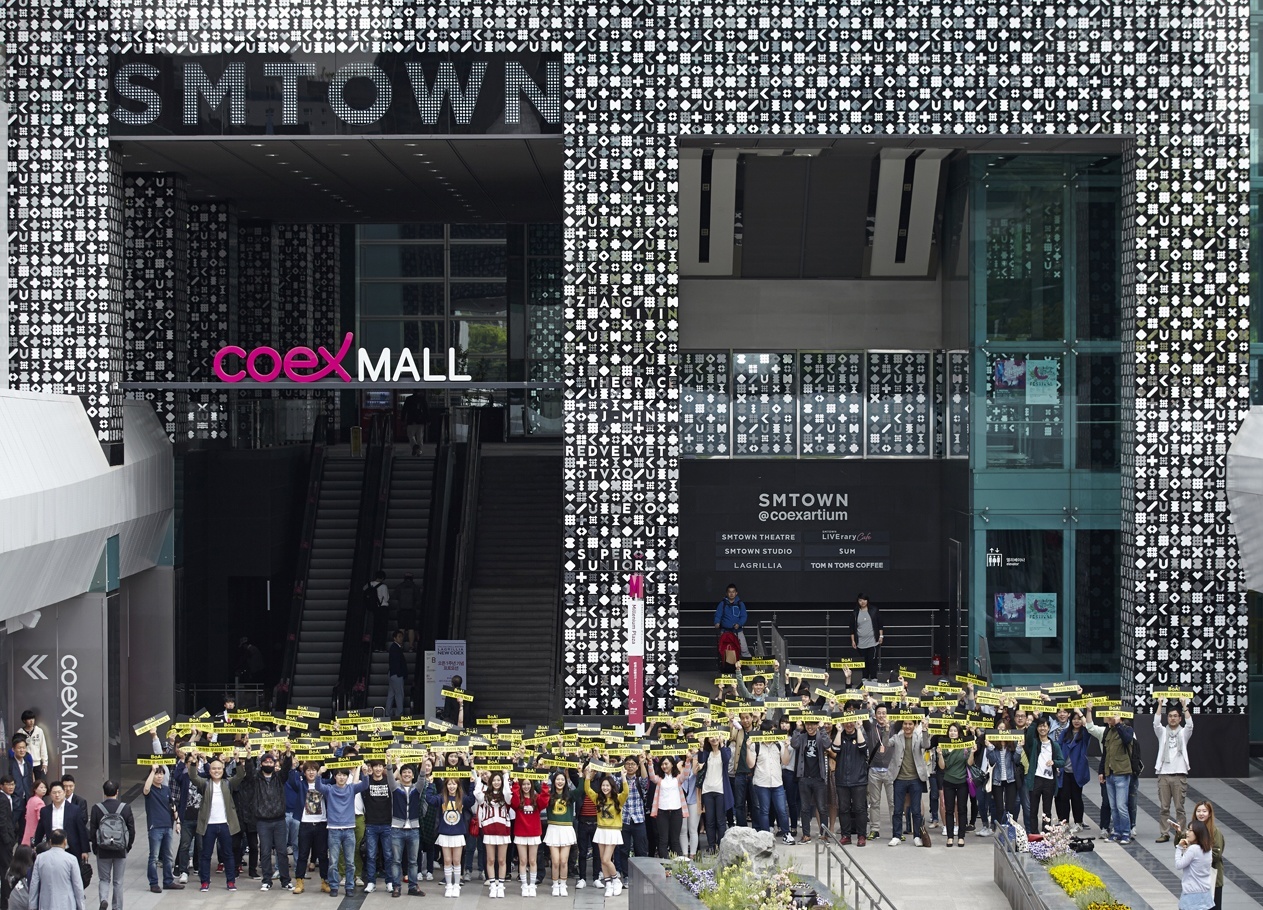 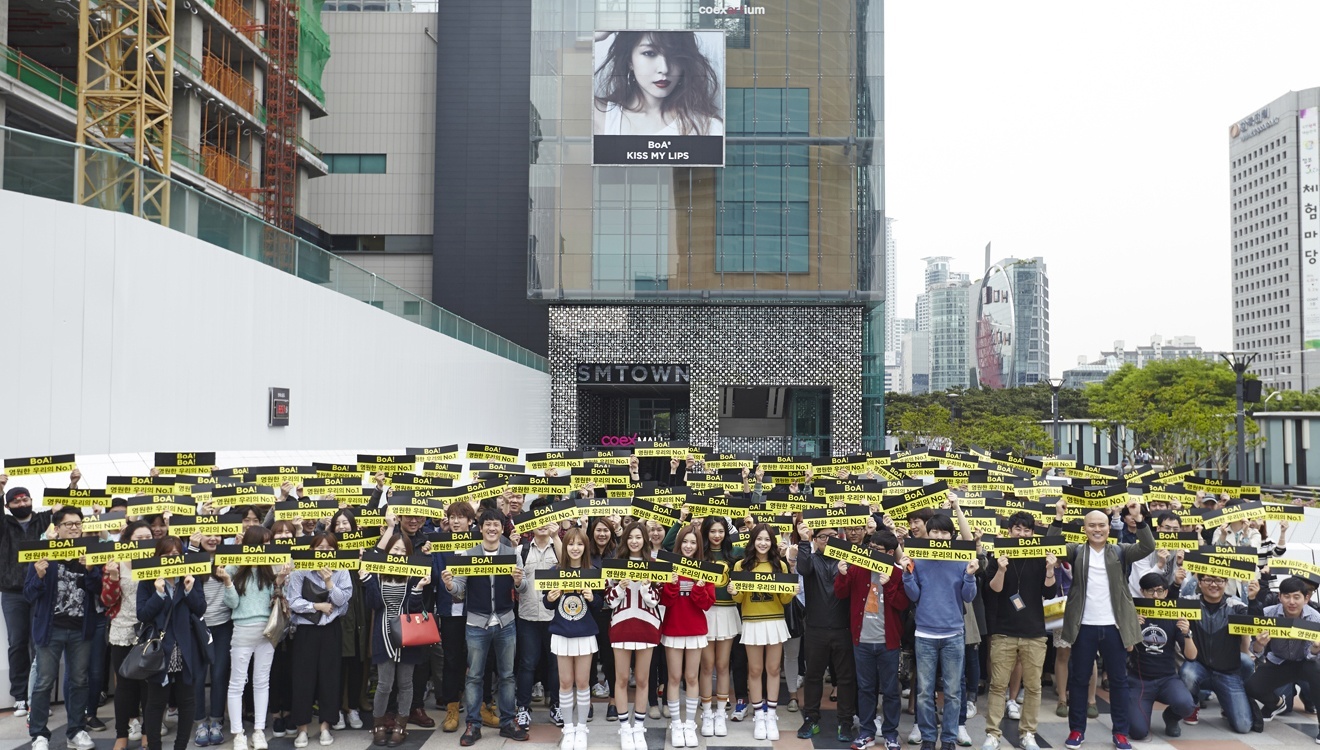