Girl group MAMAMOO is the latest group to start a winning streak on music show, having already won five trophies for their latest release.

However, the group recently came under fire after referring to SHINee‘s Taemin as one of the artists who was a runner-up in the latest episode of SBS Inkigayo.

After realizing that the runner-ups for the episode were in fact AOA‘s Jimin and JYP Entertainment girl group TWICE, however, the group apologized to the SM Entertainment singer for assuming that they had beat him on the music show.

MAMAMOO took home their very first #1 music show win on the previous Inkigayo broadcast on March 6th, at the time going up against Taemin and Taeyeon. They once again went up against him on Show Champion (along with WINNER, Jimin, and Taeyeon), on M! Countdown, and a fourth time on Music Bank, taking the win each of those time. 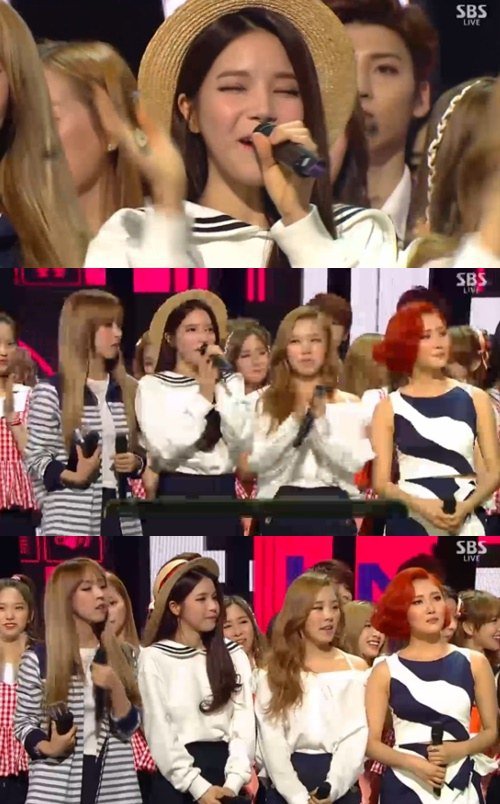 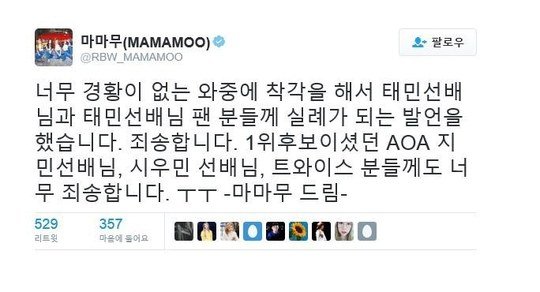 “We were very flustered and were confused and said something that was rude towards Taemin sunbaenim and his fans. We are very sorry towards other 1st place nominees, AOA Jimin sunbaenim, Xiumin sunbaenim and TWICE. ㅠㅠ- From MAMAMOO”

[+ 1233, – 54] It’s understandable they could get confused and they’ve won 1st place with Taemin somewhere else. Fast apology is always good