On the latest episode of Hello Stranger aired on November 6th, ZE:A’s Kwanghee and the rest of the cast came out on the show and revealed the preview for next week’s episode. The preview garnered attention as it was revealed that model and actor Julien Kang is seen making his first entrance back into entertainment, his first appearance since getting arrested for public misconduct and indecency last September.

Julien Kang is revealed to have opened up about the incident and is said to be in process of forgetting it. He further joke and said, “Please don’t give me any alcohol” spurring laughter on set.

The model and actor was arrested last September 18th after he was seen wandering around his neighbourhood wearing only a white top and underwear. Seoul Police Station took over his case after receiving complaints. Julien Kang was further interrogated and was eventually released.

The case was closed shortly and Julien Kang will no longer be summoned for any investigations. 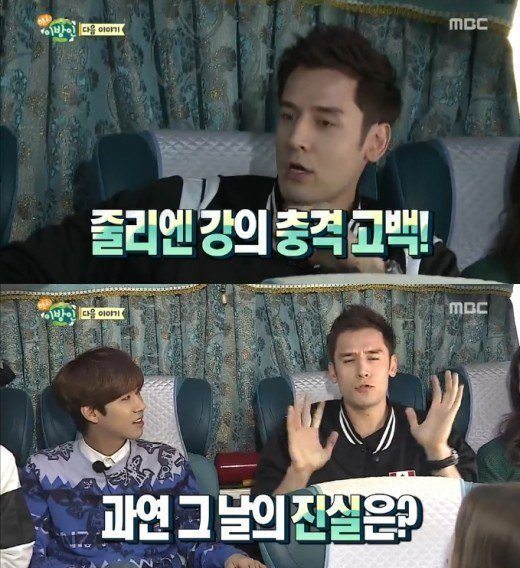