With IU‘s lolita scandal still at its peak and her nationwide tour dates closing in, it seems that many are turning their backs on her and cancelling their reserved tickets.

Just days ago, it was revealed that IU’s nationwide concert tour was completely sold out. Her concert was set to kick off in Seoul at the Olympic Hall on November 21st and 22nd and continuing on to Busan, Daegu, and Gwangju. As this was her first nationwide tour since her small concert tour in 2012, this was a much look-forward to event by fans.

However, with the lolita and “Zezé” controversy going viral and despite her apologies (read it in full here) of describing the 5-year old child “sexy” in an interview while describing her inspiration for the track, seats for her sold-out tour are suddenly available for purchase, indicating that many have cancelled their reserved tickets.

A netizen wrote on Pann:

“Three days ago, the national tour was sold out. Status of advanced sales.” 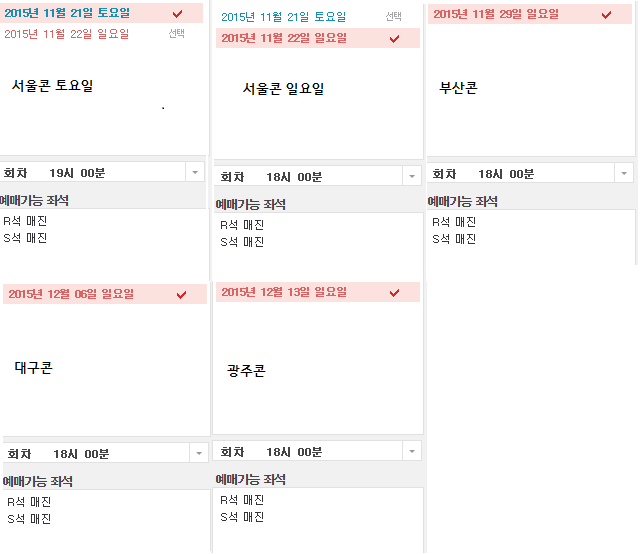 “However, here is the current booking status.”

Do you think there’s a direct correlation of her recent controversy and the seat cancellations?

[+206, -10] I don’t know how many seats there are in total but it seems true that many fans have turned their backs on her…She really needs to do something to hold her remaining fans.

[+90, -4] Many IU fans are not going to change..they all had a bit of lolitaness in their mind. They all knew IU always had a bit of a lolita concept~~