With the official release of their first title track “Party,” Girls’ Generation has continuously ranked #1 on real-time charts, raking in several all-kills on their belt.

Soon after making their first all-kill soon after their single’s release, they have continuously been seen #1 on charts such as MelOn, Mnet, Bugs, Olleh Music, Soribada, Genie, Naver Music, and monkey 3. 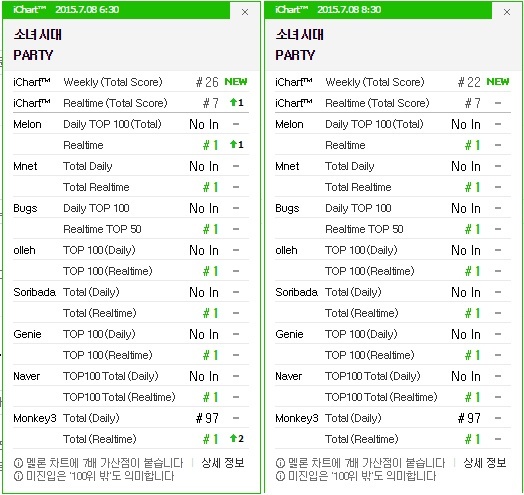 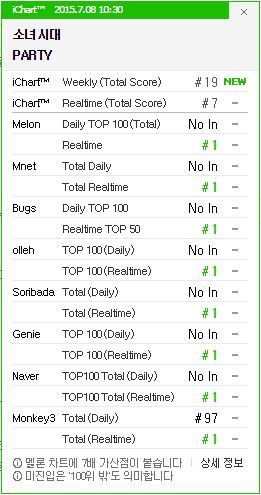