Filming has begun for School 2017 and the first photos of lead actress Kim Sejeong have surfaced. 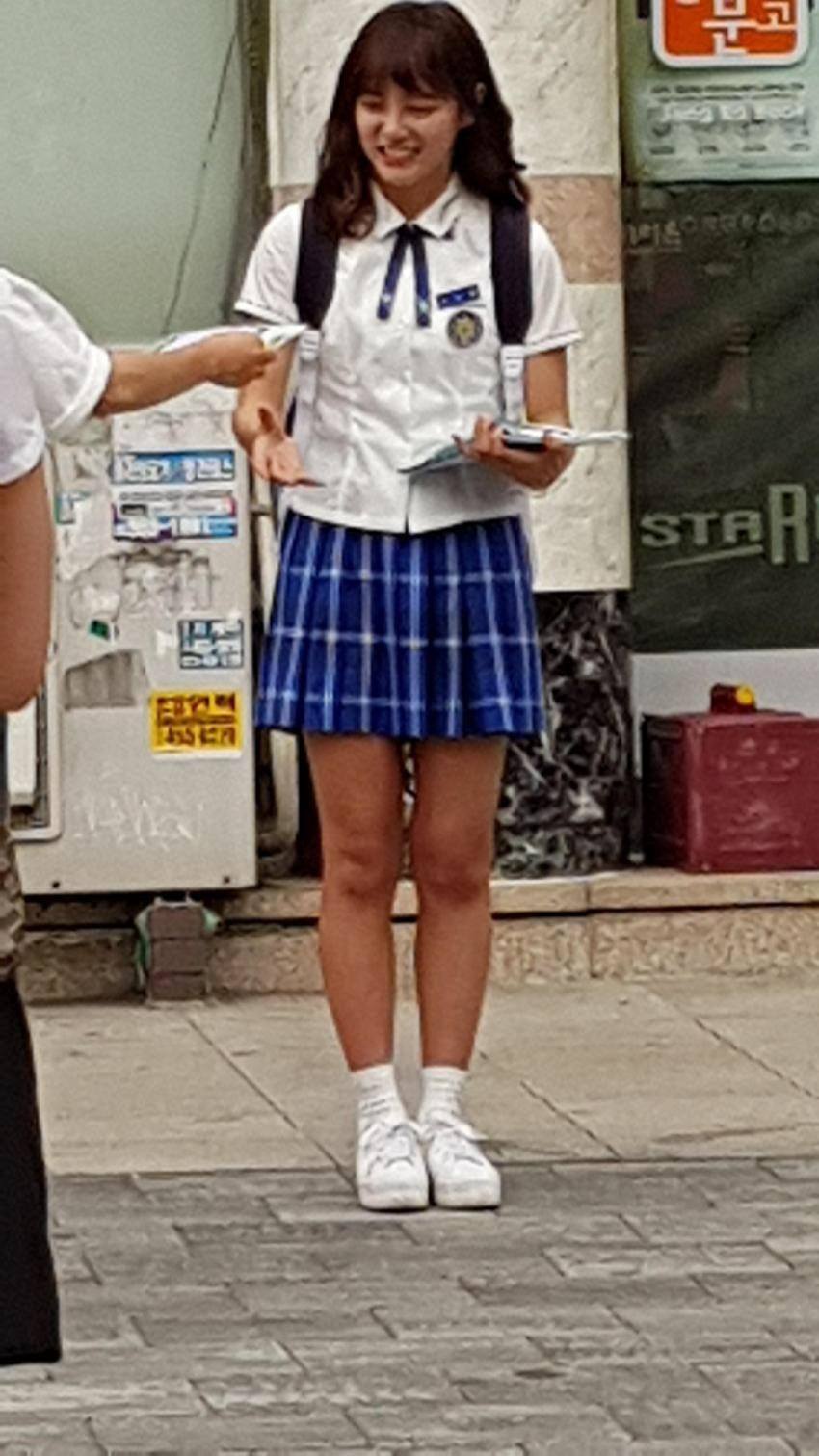 Dressed as her role as a high school student, Sejeong definitely looked prepare for her first lead role. 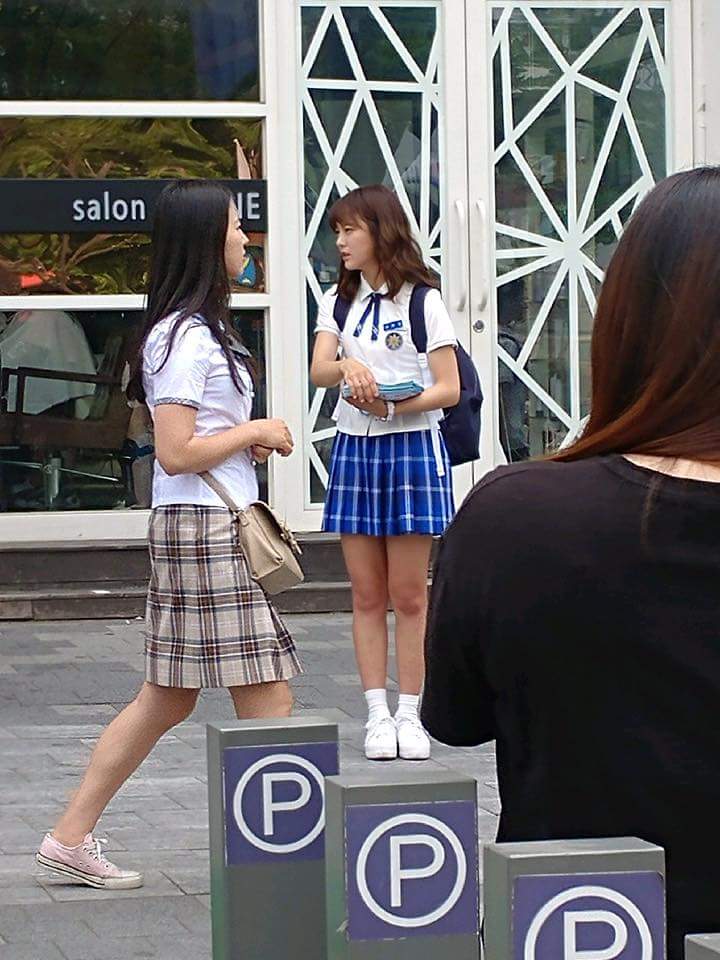 Sejeong will be playing the role of Ra Eun Ho, a bright high school student who aims to get into a prestigious university. 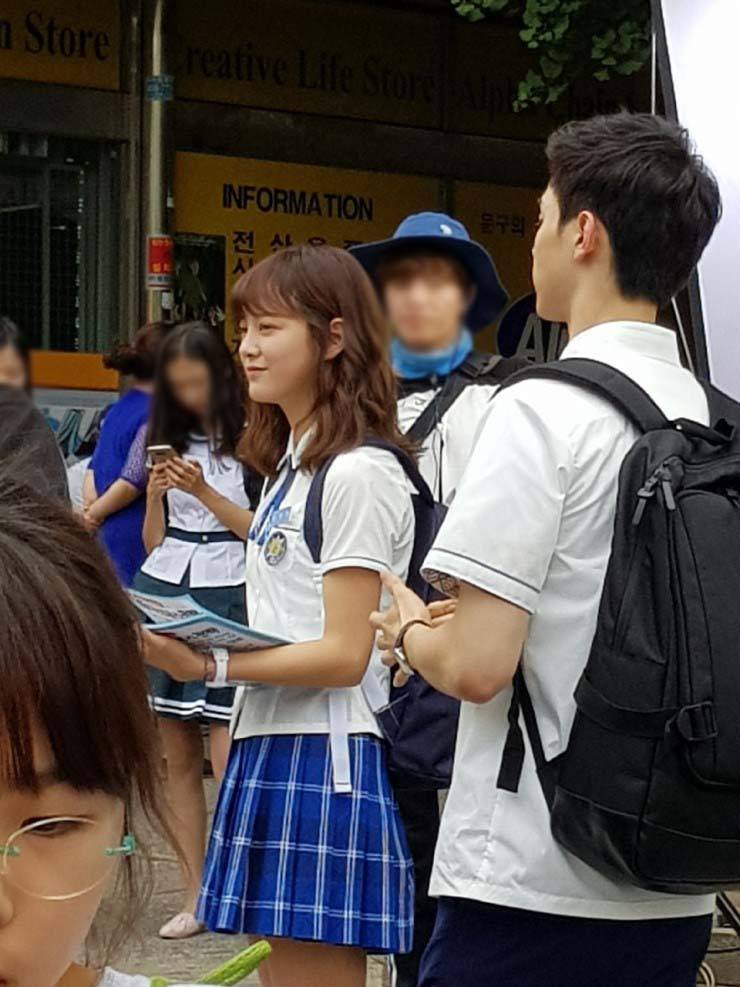 She was joined on set by Jang Dong Yoon, who will be playing a well-rounded student president who appears to have everything. 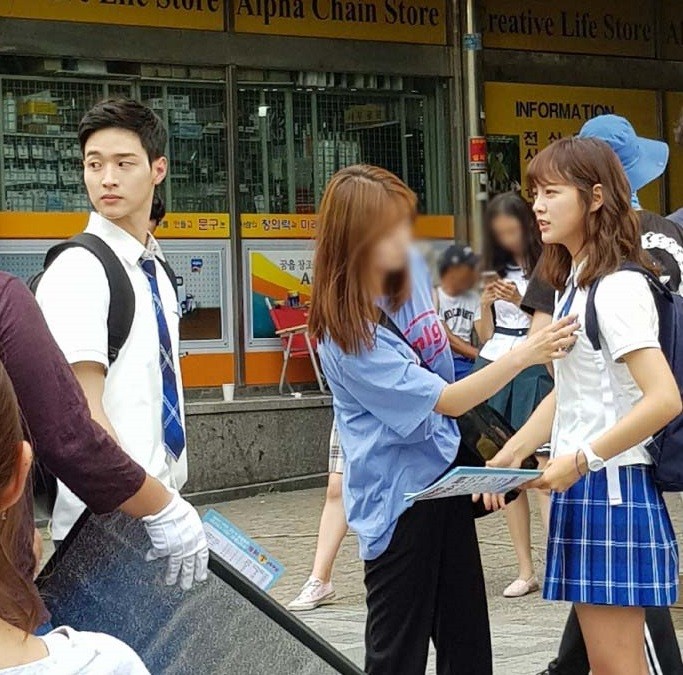 Although there haven’t been any video previews yet, fans are already praising their visual chemistry. 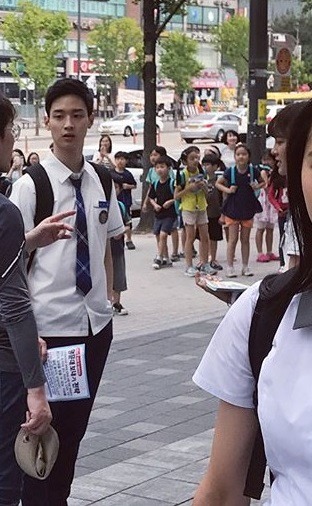