BIGBANG shows off their charting powers and abilities by moving up over 30 ranks within an hour and a half to top in first place soon after the release of their new singles.

Having finally released their 2nd singles in their MADE series on June 2nd at midnight KST, the tracks “BANG BANG BANG” and “We Like 2 Party” quickly ranked in 1st and 2nd place respectively across nearly all real-time charts, including MelOn, Mnet Music, Bugs, Olleh, Soribada, Genie, Naver Music, and monkey 3*.

Meanwhile, BIGBANG’s Running Man episode is set to air this weekend on June 7th via SBS and is expected to record for KBS2‘s Yoo Hee Yeol’s Sketchbook on the 2nd.

*Cyworld Music has been removed from iChart starting 6/1. 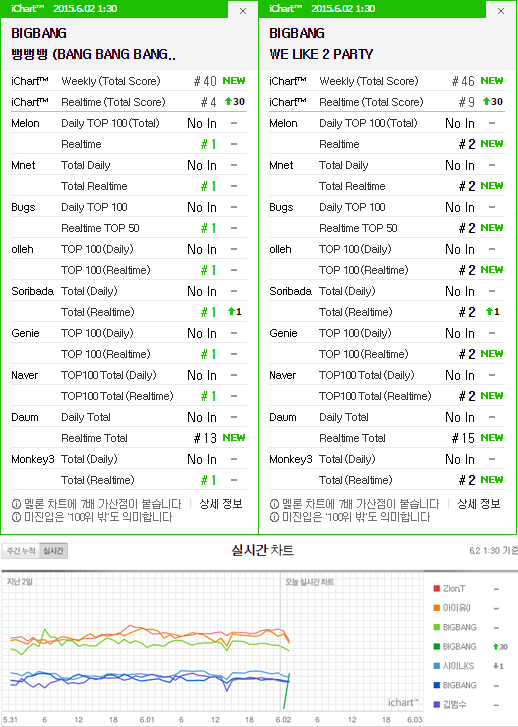