Girl group 4minute was spotted at the Style Icon Awards (SIA), donning black ribbons on top of their chic black attire. The ribbons were to pay their respects for those who passed away during the Seongnam accident as well as to pay their respects to rock legend Shin Hae Chul.It was recently revealed that 4minute was nominated for the “Style Icon of the Year” award alongside Park Hae Jin, g.od, Yoo Yeon Seok, Go Ara, Kim Soo Hyun, Jo In Sung, Kim Hee Ae, SISTAR’s Soyou, and TaeTiSeo. In the end, 4minute won the “Hot Girl” award. Upon receiving the award the members said, “Receiving this award is glorious and from here on we will show you good songs and performances.”

This was the first public appearance of the group since the accident at the Techno Valley Festival, which injured many and killed at least 14 people. The members wore black ribbons to pay their respects to those who passed away and also to mourn the death of Shin Hae Chul, who tragically passed away on October 27th.

4minute, comprising Jihyun, Gayoon, Jiyoon, HyunA,and Sohyun, was spotted on the red carpet wearing chic and modest black, white and gray colors. Check out the photos of the girls below. 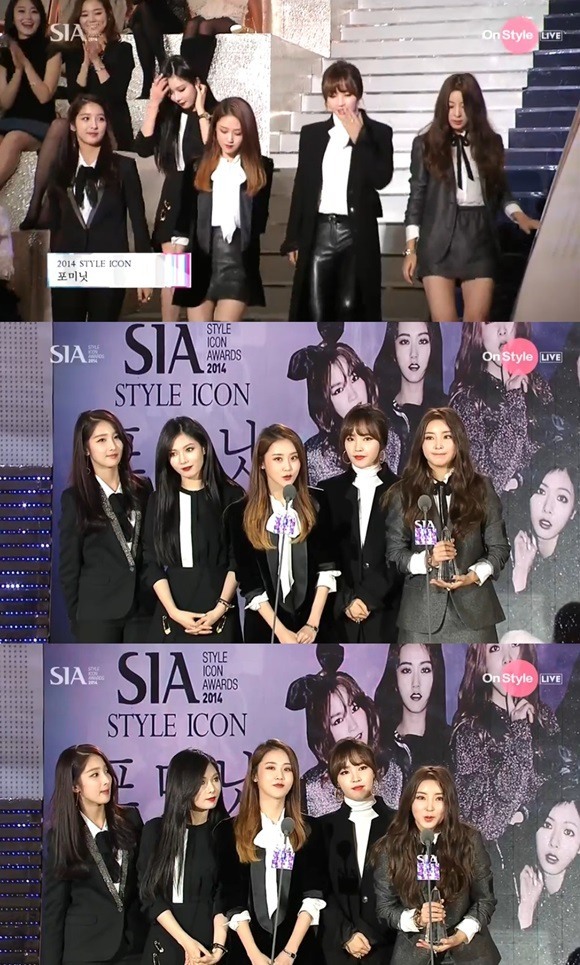 These Are The 10 Most Beautiful Korean Actresses Right Now, According To Fans