Hyuna and E’Dawn may have gone two years without anyone noticing that they were dating, but they’ve had their fair share of sweet moments that pointed to their relationship. Check out some of these moments that will make you wonder if they could have made it any more obvious!

When Hui and E’Dawn guested on Lipstick Prince the two were in charge of giving Hyuna a natural blush. But as soon as E’Dawn entered the room she was blushing. Add in all of E’Dawn’s comments and Hyuna really didn’t need the makeup!

On top of all the compliments he gave her, E’Dawn also was incredibly focused on her!

2. Hyuna’s bouquet that represents her heart

Hyuna tried for the longest time catching E’Dawn’s attention just to show him her flowers. Then she told him it represented her heart and he took a picture of her with them!

3. Their folded messages to each other

E’Dawn and Hyuna were getting pretty flirty with their folded messages to each other!

When Hyuna, Hui, and E’Dawn had an ASMR session they decided to play a game. When it came down to choosing between two things Hyuna and E’Dawn always agreed. Then when Hyuna had to pick between E’Dawn and Hui, guess who she chose!

Hyuna showed that she can make E’Dawn do some aegyo.

And she made him give a heart to their fans!

There aren’t many people you trust to touch your hair so when Hyuna let E’Dawn pat her hair it was a pretty big deal!

7. Their time in an elevator together

When the two found out they would only be sharing the elevator with the cameraman they shared this steamy look.

Hyuna prepared special sandwiches for E’Dawn and Hui. She made sure they only contained their favorite things and E’Dawn rated the sandwich 9 out of 10!

E’Dawn took some time out of his cooking lesson to give Hyuna a call!

Then there was this sweet moment when Wooseok, Yanan, and E’Dawn mentioned Hyuna during a livestream.

And E’Dawn made sure to give a special shoutout to her asking fans to listen to her music!

Let’s be honest, this roller coaster ride is beyond adorable!

E’Dawn seemed pretty jealous when Hyuna mentioned the foreign model during a behind the scenes clip from “Retro Future”.

When they were in a car together the two were only focused on each other!

14. Pretty much all of their photos together

To just messing around, the two have always shown some amazing chemistry.

Even when they’re joined by Hui, E’Dawn is just that much closer to Hyuna! 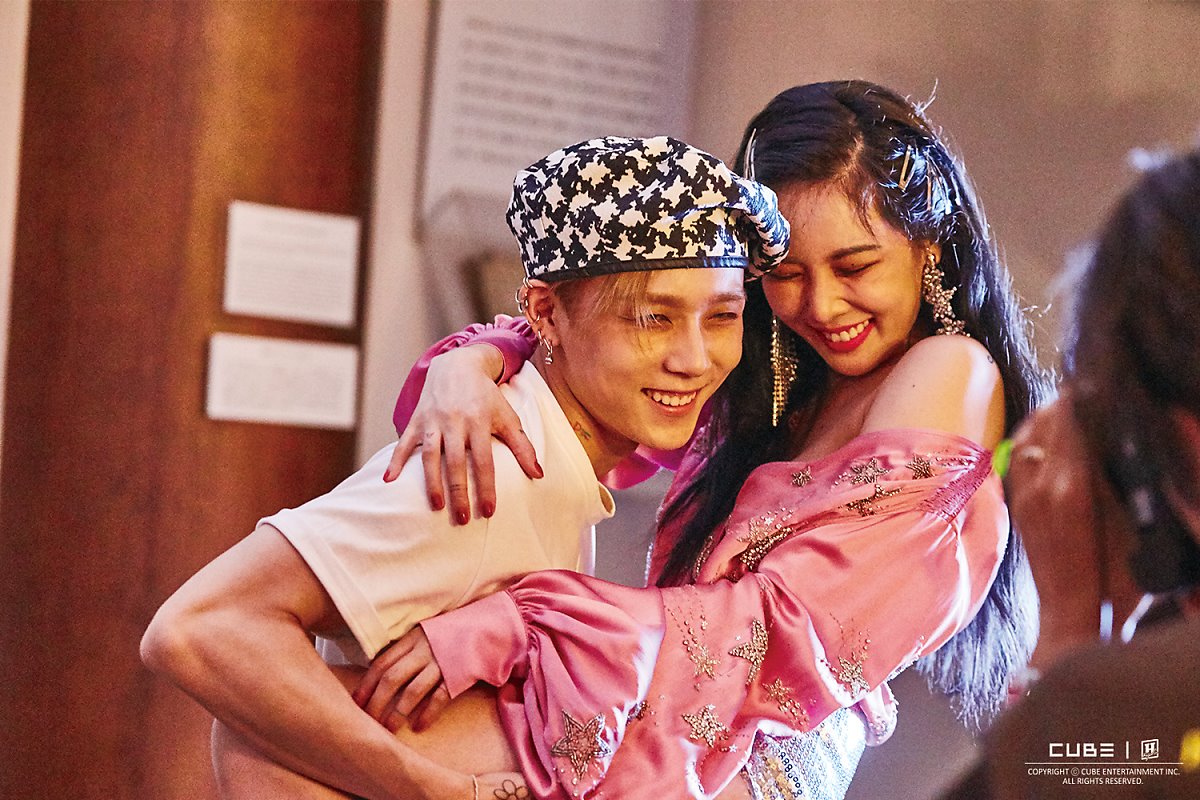 But the two have had multiple pictures with just the two of them!

And they always look so close! Seriously how did anyone miss this when they were so obvious!