The two youngest members of BTS are always known to have each other’s backs and take care of each other, and these few moments remain special in the hearts of ARMY everywhere.

1. When they made up this totally cool secret handshake.

2. When Jungkook literally carried V on his shoulders during a performance. 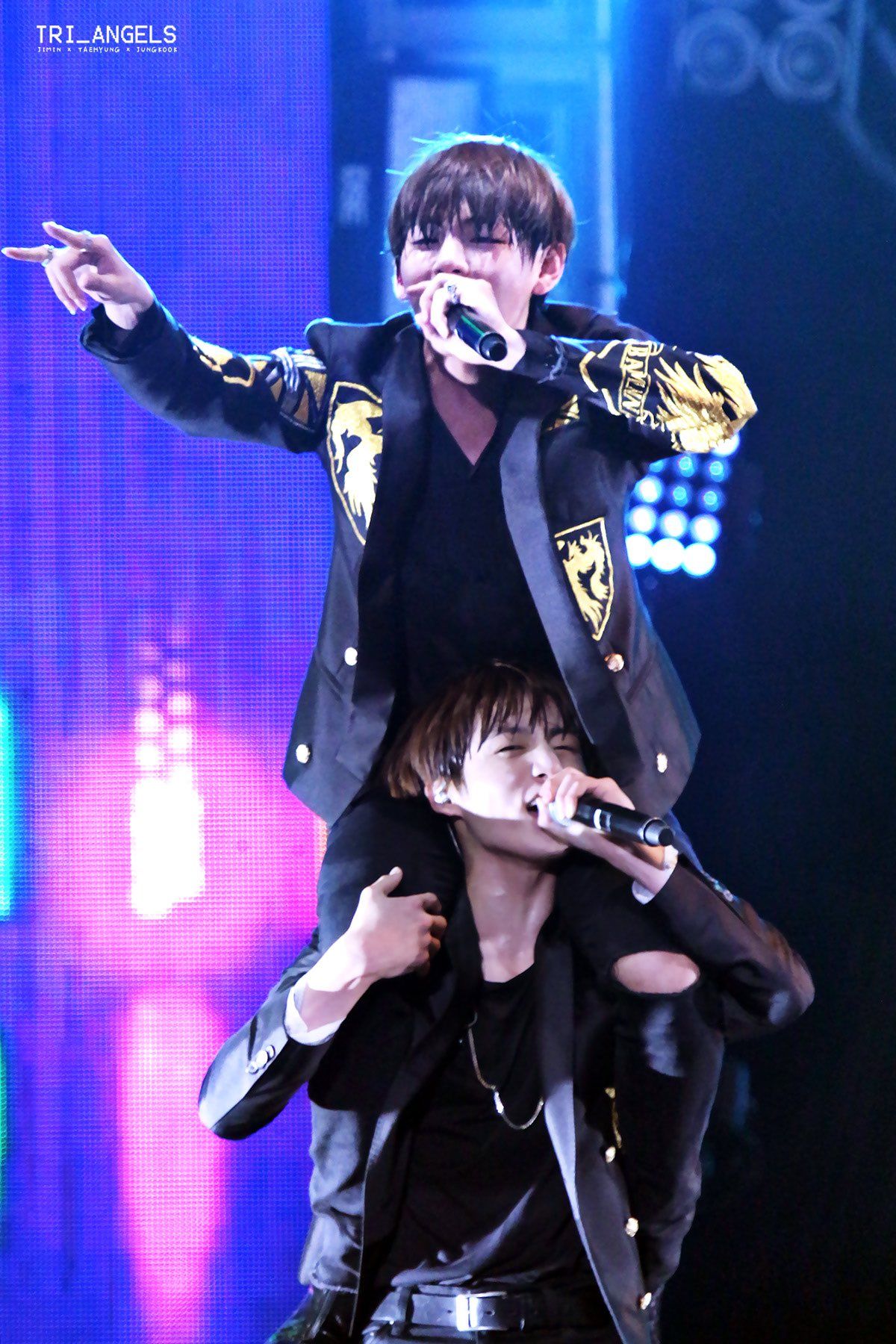 3. When Jungkook called V in the middle of filming to check up and make sure he got home safely.

4. When V was bothering Jungkook so he picked him up and physically moved him away.

5. When they accidentally ended up sharing a bunk together during last years Bon Voyage.

never forget taekook’s bed scene where they both had the instinct of hugging each other pic.twitter.com/g1CRO1zrU3

6. When Jungkook put up V’s hair in this legendary ponytail. 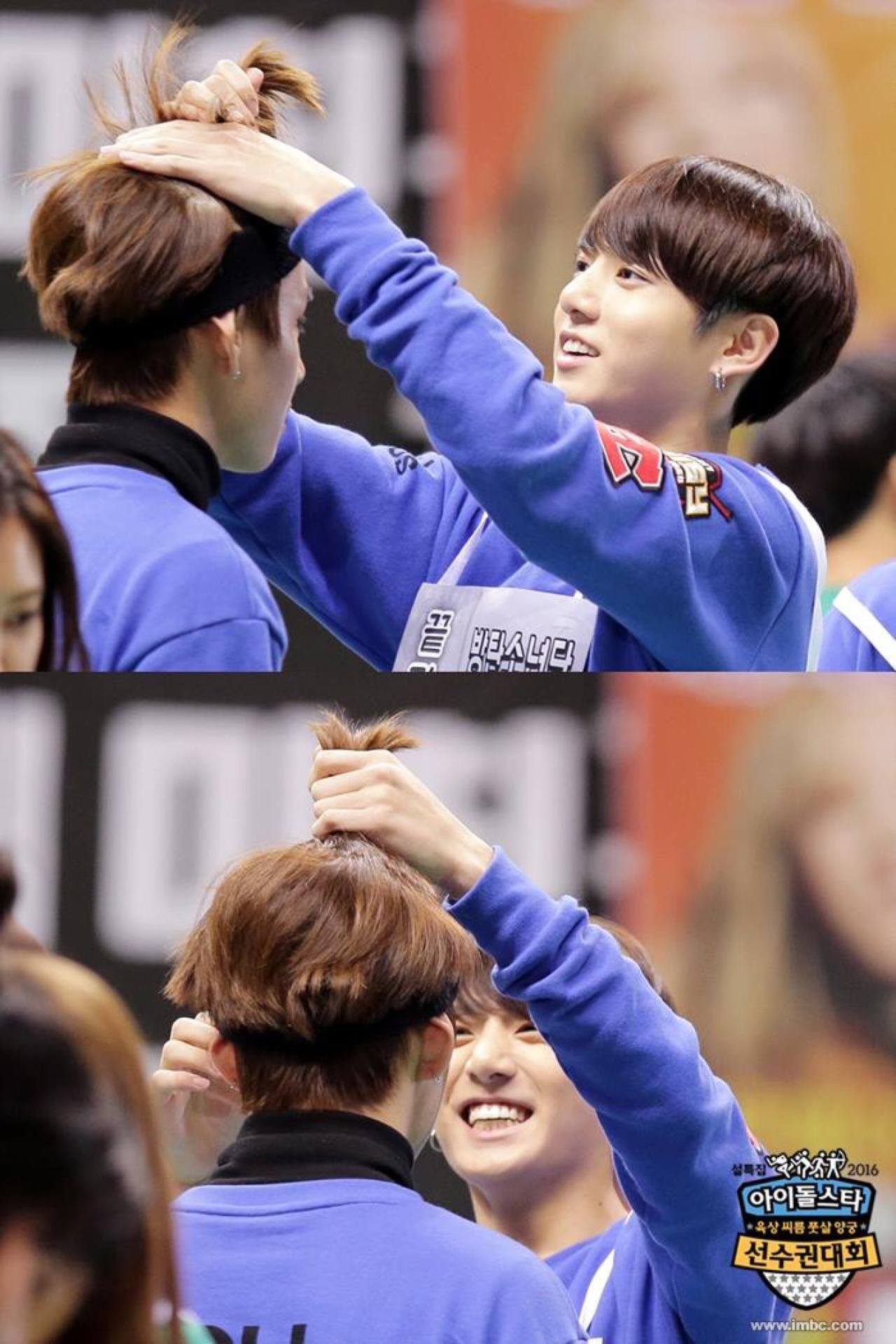 8. The time V felt sick so Jungkook watched over him at the airport (along with Manager Sejin).

10. When they just couldn’t let go of their sweet team name during their Pokémon photo shoot.

Taekook saying “taekook” multiple times on loop because this is too precious to be forgotten pic.twitter.com/wq16j2vla8

11. When V sneezed in Jungkook’s face so Jungkook got him back.

12. When they’re always telling each other secrets.

13. When this almost happened.

14. When Jungkook was the true maknae he is and used to sit with V all the time. 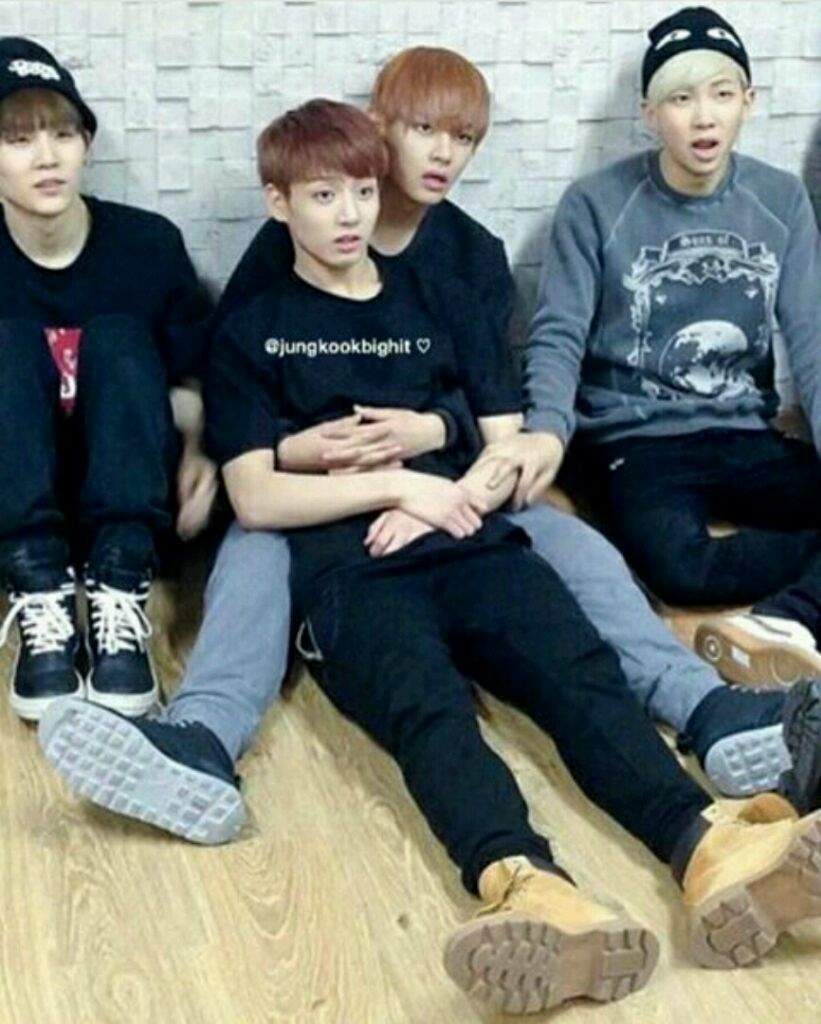 Of course… it seems Jungkook didn’t agree with that last one!

jungkook put jimin’s drink down so that he can sit on jimin’s lap, I AM NOT SCREAMING pic.twitter.com/tK0DyFkw3P