TEEN TOP member Niel featured as a guest on the program Einstein. Niel then revealed a picture of his older and younger brothers. He revealed the hardships of being compared to his older brother who was always smart and was the president of his high school. Ever since the picture was revealed, the netizens discussed the three siblings.

Check out Niel’s brothers and netizens’ reactions below. 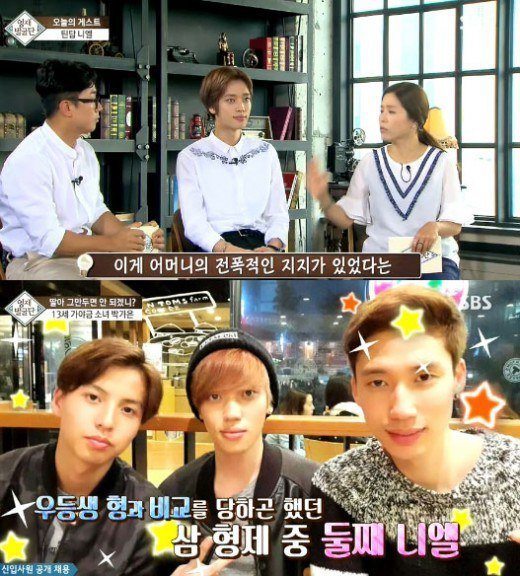 [+512, -29] All three are ordinary but what kind of situation is this when the ugliest sibling became a celebrity haha

[+32, -3] Artists compete with their ability to sing and not with face

[+30, -8] I was first surprised to see him at first, but he seems to grow on me. He can dance really well have have that unique appeal that draws me in