Fans recently caught Sungjae and Joy filming for MBC variety show We Got Married, leading to comments on the filming process.

With declining viewership ratings, the variety show hoped that introducing new couples, including BTOB‘s Sungjae and Red Velvet‘s Joy, will revive the series. However, with viewers criticizing the show for being scripted and not being genuine, new photos featuring one of the newest couples has added to the show’s controversial structure. 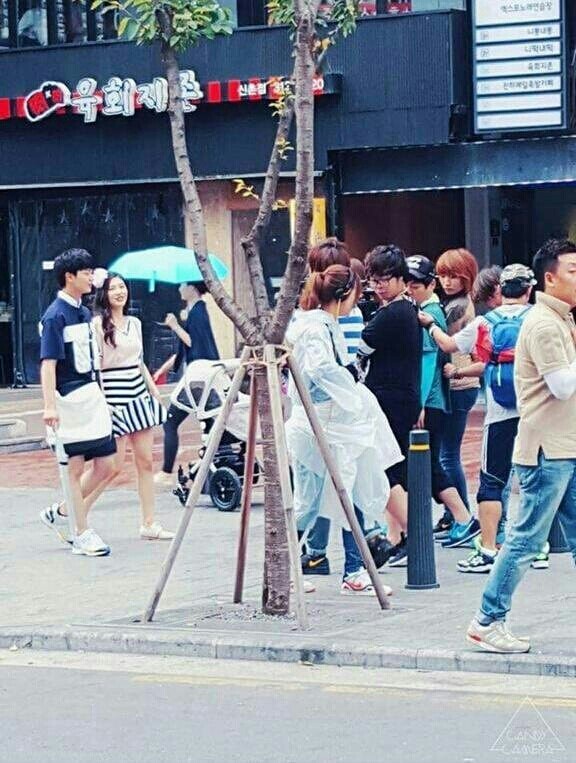 In the photo, Sungjae and Joy can be seen walking closely down the street. Although the two look quite natural as they stroll down the street, they are in fact accompanied by a large group of staff members, leading fans to add that the filming process appears very awkward and unnatural.

Netizens took to message boards such as Pann to express their feelings on the topic.

[+41, -1] Seeing the public film set for Taemin and Naeun totally cracked my delusions about WGM ㅋㅋㅋ After filming, they didn’t even talk to each other and just hung out with their separate staff. Even the people who left accounts said actors don’t act so cold with each other ㅋㅋㅋ