Suzy shared a series of her recent drawings on Instagram and netizens have been reacting negatively to her art, leaving discouraging comments for the star.

In her first three posts, Suzy shares her portraits of eyes and facials, however, the fourth photo was the one that really caught netizens eyes. Her portrait of a full face left many commenting on its similarity to her friend and fellow idol IU with whom she starred with in the 2011’s hit Dream High.

See what netizens had to say and check out Suzy’s amazing drawings!

[+642, -177] Speaking objectively, she didn’t draw these well. It’s just one of those drawings where you’re doodling because you don’t want to study and you randomly draw something you actually think looks good but you go back to it later and it’s not ㅋㅋㅋㅋ

[+354, -45] I’m a Suzy fan ㅋㅋㅋㅋ so I’m not trying to hate, but even I can draw something of this level ㅋㅋㅋㅋㅋㅋ I feel like the journalist is just baiting hate;;;

[+33, -33] She’s not an art major or anything so she’s pretty good for her level, stop the hate. You all talk like you expect her to major in art or draw like a painter. She just uploaded this for fans to see. 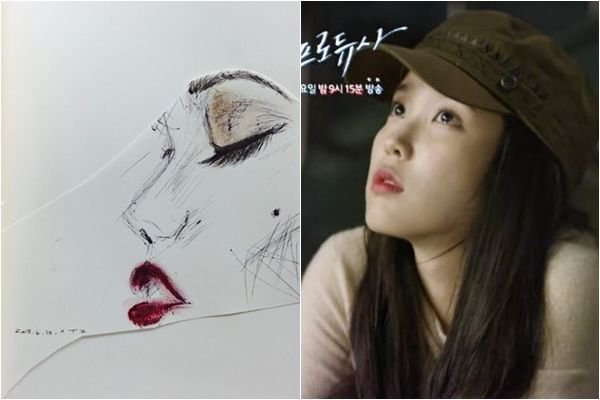