After initial reports that BEAST‘s Hyunseung would not be attending an event in Macao with his group members, netizens became enraged upon discovering more details about his behavior.

While it was reported earlier that the Cube Entertainment singer did not attend the I Want Cube Pop concert in Macao due to personal reasons, it was later revealed that the singer had not alerted the promoters for the event until the day before the schedule took place. In response to this, many netizens have pleaded with Hyunseung, asking him to leave BEAST and stop affecting their work with his controversies. 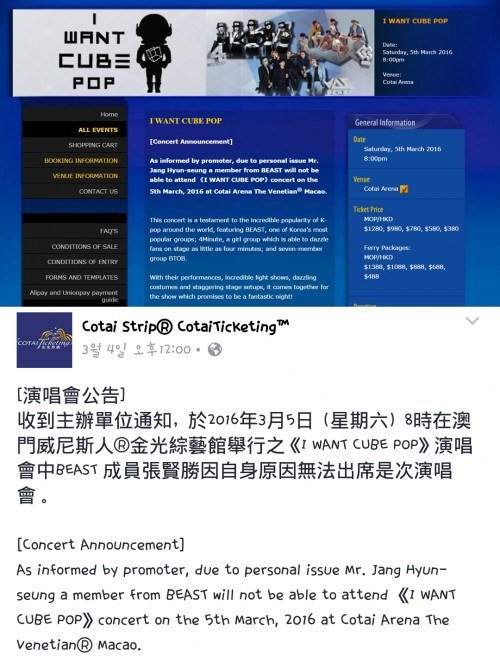 [+ 208, – 3] If you don’t want to be cut from BEAST and become a nobody because of your arrogance wake up. If you continue this way you are going to show up on a show one day and cry for pity saying that you were young and immature. There’s many celebrities who went down this path. Have you not learned?