Upon discovering the confirmed cast for director Ryoo Seung Wan‘s upcoming film, netizens couldn’t help but express their amazement at the star-studded lineup.

After making headlines with his recent movie Veteran, which quickly became one of the most successful films in South Korean history, director Ryoo Seung Wan might have another hit on his hands with upcoming film Gun-ham-do. Although not much information has been released yet about the movie, fans have expressed their excitement after media reported that the film has cast popular actors Hwang Jung Min, So Ji Sub and Song Joong Ki to star as lead characters. With so many fan favorites already signed on to the project, netizens can’t seem to wait until the movie hits theaters. 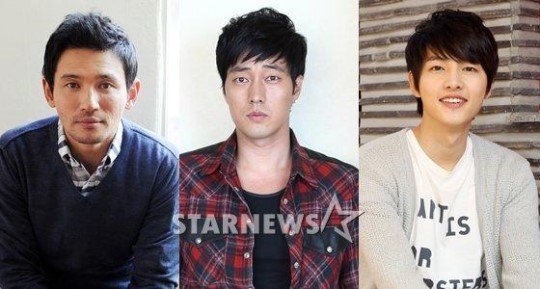 GOT7 Celebrates 8 Years As A Group With An Instagram Live

Lea Huening Speaks Up On How Restrictive Idol Life Can Be

IVE’s Wonyoung Goes Viral For Her Professionalism On Stage