Fans of Girls’ Generation‘s Tiffany know that the singer is incredibly fond of food, and has been known to be one of the biggest eaters in her group.

In fact, the SM Entertainment singer recently showed off her love for tasty food on a recent broadcast, eating a large bowl of jjajangmyeon and rice. When asked how she can eat so much food and still maintain her slim figure, however, Tiffany claimed that she doesn’t seem to gain weight no matter what she eats, attributing her figure to her metabolism. But after hearing her claim, netizens accused the singer of lying, claiming that she clearly works very hard to burn off all the food she eats. 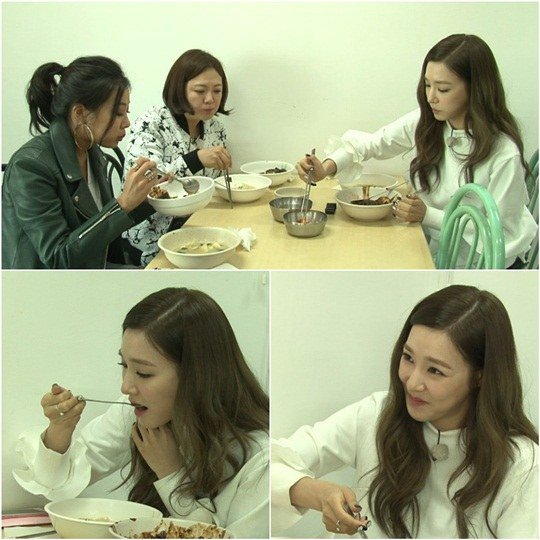 [+ 289, – 16] I thought Tiffany would be the type to gain weight easily ㅋㅋㅋ this is surprising