On May 8th, it was reported that Lee Tae Im was spotted hiding under the radar while spending time with her family following the cursing incident with Yewon.

According to Woman Sense, the celebrity is currently resting and reflecting back home with her family in the Gyeonggi-do province. She was spotted in a simple, inconspicuous outfit and had a black cap and face mask to further conceal her identity.

Earlier this year, controversy sparked between the two women as reports revealed that Yewon had screamed and cursed at Lee Tae Im on the set of MBC’s Tutoring Through Generations. As the situation escalated, a video was uploaded on March 28th that captured the incident between Lee Tae Im and Yewon.

In light of this recent finding, many netizens have expressed their outrage that she had not yet resumed her activities despite Yewon’s many television appearances since the incident. 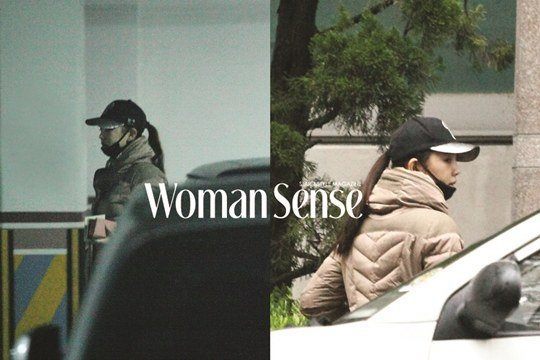 2. [+8,898, -625] Lee Tae Im was wrong to have sworn but I don’t think it was fair for her to be made out to be a psych oby the media. I’m glad the video was released, as late as it was… the misunderstanding has been resolved but I can’t imagine the stress she was under. Her drama ended up being taken off air early.. comments on her articles were filled with nothing but hate.. It must’ve taken such a huge toll on her mentality. I hope she takes a nice long break and recovers from the mental stress of it all before coming back.

1. [+1,206, -128] Meanwhile someone who claimed she never spoke informally is still shoving her face on screen and making money while this one is living like a mouse in hiding when they both screwed up.

3. [+1,074, -160] Other than Yewon, her agency, and her friends, everyone in the country knows the truth, Lee Tae Im-ssi. I personally hope that Lee Tae Im ends up doing better than Yewon ㅋㅋㅋ

4. [+71, -13] Can’t stand foxes like Yewon. I’m like Lee Tae Im in that I can’t hold my feelings back… the sad thing is that foxes like Yewon are more accepted by society… I hate that.