On a popular online community site called Instiz, Korean EXO-Ls are furious at Chinese VIPs upon discovering a tweet conspiring to ruin EXO’s stage at MAMA.

The tweet requests VIPs in multiple languages to turn off all their light sticks and keep complete silence during EXO‘s stage during MAMA. The tweet originated in China and was allegedly retweeted over 700 times. 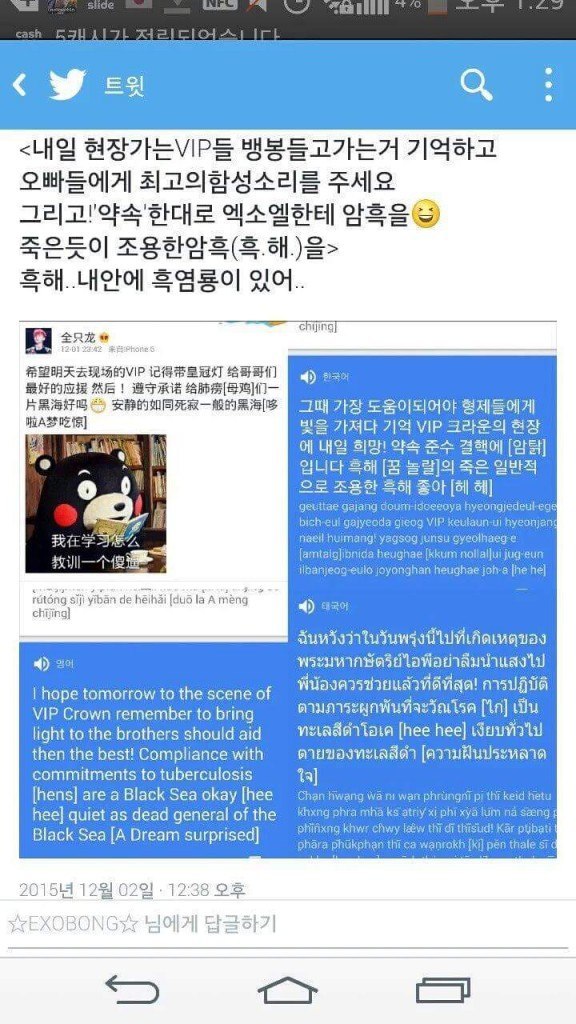