In the February issue of Elle Korea, SHINee’s Jonghyun dresses to party in his Dior and Prada outfits.

Displaying an ostentatious fashion sense, Jonghyun dresses in unique styles of clothing for his pictorial in Elle Korea. In this photo shoot, Jonghyun focuses on shiny clothing as the images center around gold and silver.

With the theme as “honest and sexy,” Jonghyun puts on a solemn expression while naturally leaning back to relax. In one of his images, the singer displays his well toned body through a white leather cut out vest. Sporting both Dior and Prada outfits, Jonghyun’s clothing clashes with his modest facial expression, allowing for an amplified effect of the pictorial.

Jonghyun recently debuted as a solo artist on January 10th with the song “Déjà-Boo” which features Zion.T. 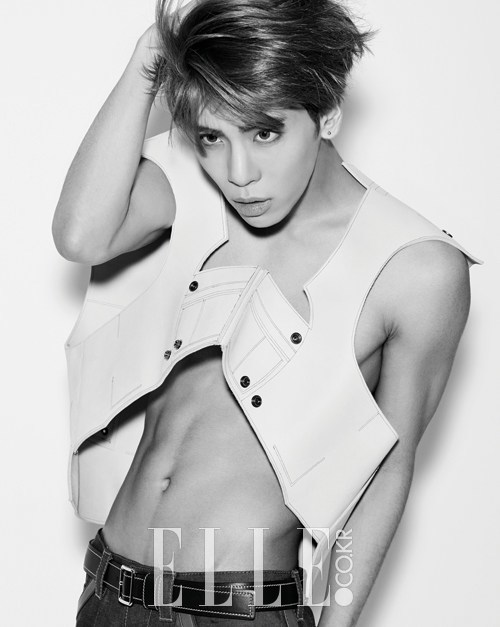 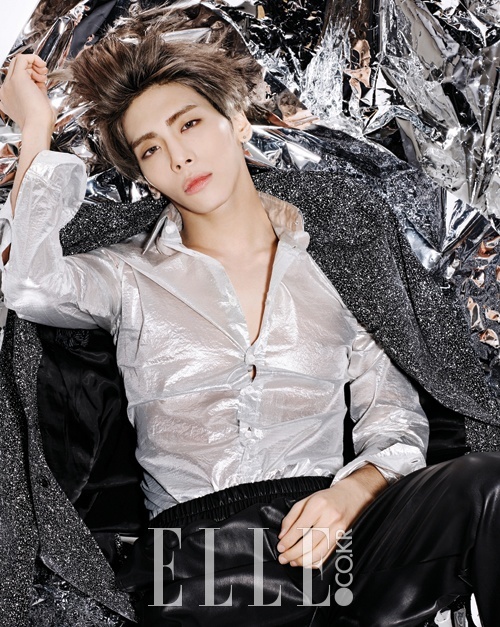 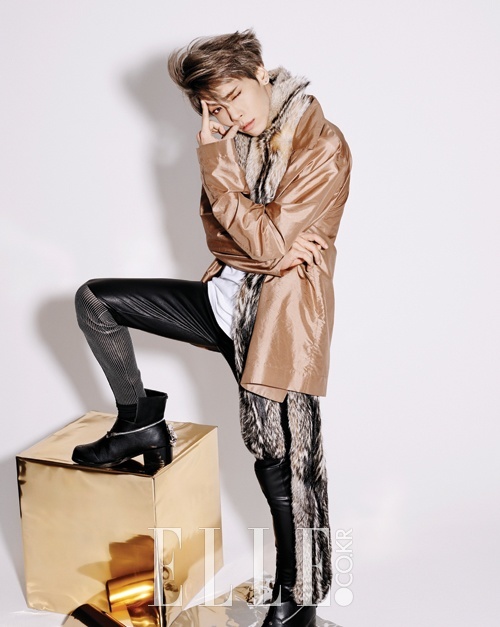