Fans have been expressing their worry and concert over Bulletproof Boy Scouts (BTS) member Taehyung seemed unwell during their concert in Thailand.

On December 21st, BTS was in Bangkok, Thailand as part of their BTS 2014 Live Trilogy Episode II – The Red Bullet Asia Tour. However, as the tour continued, photos of Taehyung crouched and looking exhausted circulated online, catching the attention of their fans.

As the photos were being posted online, fans expressed their concern and support for Taehyung though the tag #GetWellSoonTaeHyung, which entered Twitter’s top trending topics. They have further praised the member for enduring throughout the concert as he entertained his fans through their performances.

For the past few weeks, BTS has been seeing their fans through their BTS 2014 Live Trilogy Episode II – The Red Bullet Asia Tour visiting Japan, Philippines, Singapore and recently, Thailand. 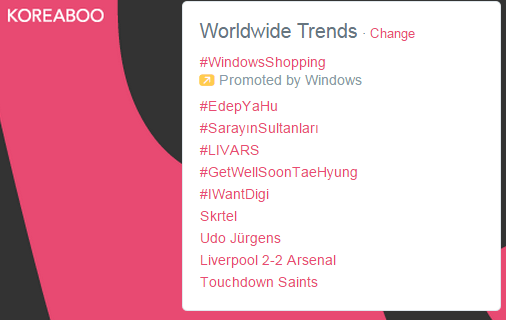