March 24th is 2NE1′s Park Bom‘s birthday and Blackjacks worldwide has given her a present on Twitter!

Fans have tweeted their well-wishes along with the hashtag #ParkBomHasBloomed and managed to trend the tag worldwide, proving the immense popularity that the main vocalist has. In addition, many fans also expressed their desires to see Park Bom and 2NE1 on stage again soon.

Meanwhile, 2NE1 were among the list of winners in YouTube Music Awards of 2015 along with fellow label mate BIGBANG, while member CL is expected to be making a solo US debut this spring. 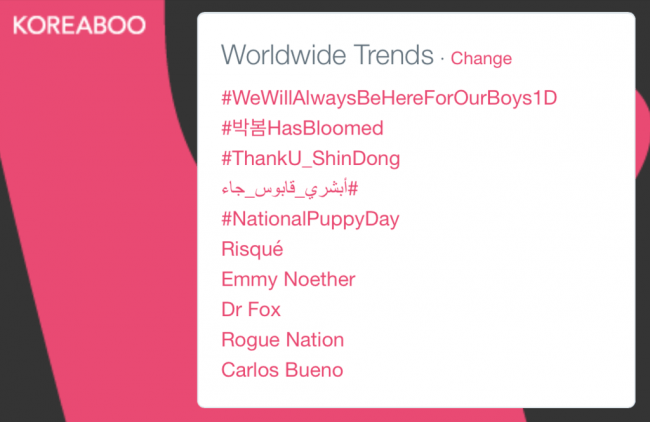